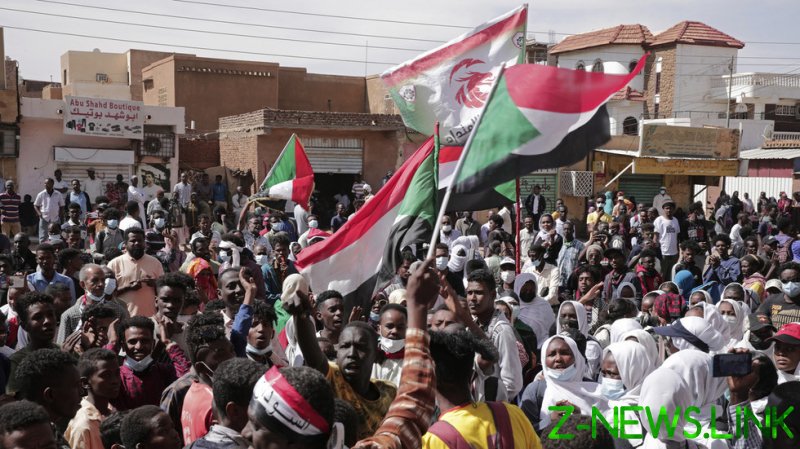 Sudanese PM Abdalla Hamdok announced his resignation, suggesting “another man or woman” should lead the country through a transition to civilian rule just over a month after he struck a power-sharing deal with the military.

“I decided to give back the responsibility and announce my resignation as prime minister, and give a chance to another man or woman of this noble country to … help it pass through what’s left of the transitional period to a civilian democratic country,” the outgoing Prime Minister said in his farewell address on Sunday.

The resignation comes amid a wave of anti-military protests that have been rocking Sudan for months. On Sunday, medics tied to pro-democracy activists claimed that two protesters were killed by the Sudanese security forces in the country’s most populated city, Omdurman. It has been alleged that dozens have been killed since the unrest erupted following the latest military coup in October that ousted Hamdok.

The putschists led by General Abdel Fattah al-Burhan, however, soon struck a power-sharing agreement with Hamdok, reinstating him to the government. Hamdok was supposed to function as a technocratic head of the interim authority until the elections set for July 2023 are held, while the general self-appointed himself to lead the military-controlled Transitional Sovereignty Council. Al-Burhan vowed to refrain from running for a political office in 2023.

The power-sharing arrangement did not sit well with many pro-democracy activists, who took to streets protesting against both the military and Hamdok’s decision to ink a deal with the coup leaders.

Sudan has been in a state of political crisis since April 2019, when the military ousted  long-ruling president Omar al-Bashir from power.