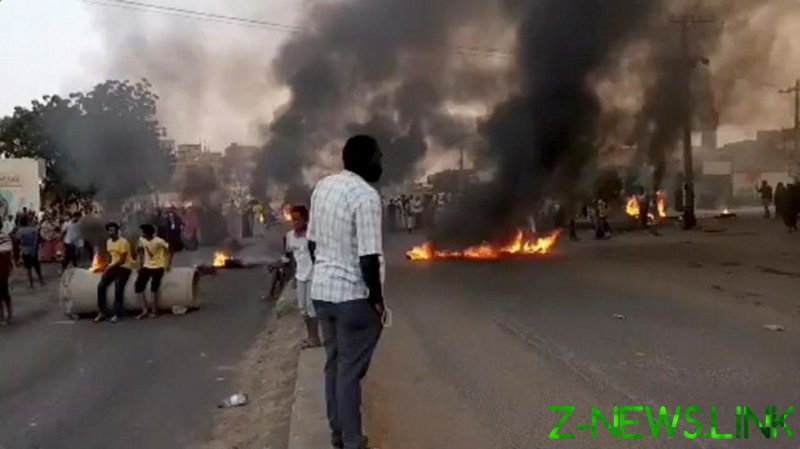 On Monday morning, Sudanese Prime Minister Abdalla Hamdok was detained by security forces and taken to an unknown location, according to a Facebook post by the country’s Information Ministry.

The update came just hours after Dubai-based Al-Hadath TV reported that troops had besieged the home of the prime minister and placed him under house arrest. According to the Information Ministry, Hamdok had refused to endorse the coup.

“After he refused to be a part of the coup, a force from the army detained Prime Minister Abdalla Hamdok and took him to an unidentified location,” the ministry said, adding that Hamdok had communicated during his house arrest, asking for people to maintain peace and occupy the streets to protect the democratic transition.

In a subsequent Facebook post, the ministry said that troops had stormed the radio and TV headquarters in Omdurman, the twin city of the capital Khartoum. A number of employees had been detained, they added.

In a statement shared with Reuters, the ministry reiterated the prime minister’s call for people to take to the streets and stop the military from preventing the country transitioning to democracy. “We invite everyone to continue the march until the coup attempt is brought down,” it said.

According to the prime minister’s aide, who spoke with al-Arabiya TV, the military had stirred unrest in the east of the country and used the crisis to implement a coup.

Industry Minister Ibrahim al-Sheikh, and the governor of Sudan’s capital Khartoum, Ayman Khalid, have also been detained by the military, according to family sources who spoke to Al Jazeera. Al-Sheikh’s daughter and Khalid’s wife told the news channel that the men had been taken from their homes before dawn.

It has also been reported that communications have been cut in the country.

Sudan’s long-time leader, Omar al-Bashir, was removed from power in 2019 following months of civil unrest and protests. A political transition agreement, penned after his removed, was meant to lead to democratic elections in 2023.

Since 2019, the country has been run by a Sovereign Council of military and civilian members tasked with overseeing the transition. However, it has been far from smooth.