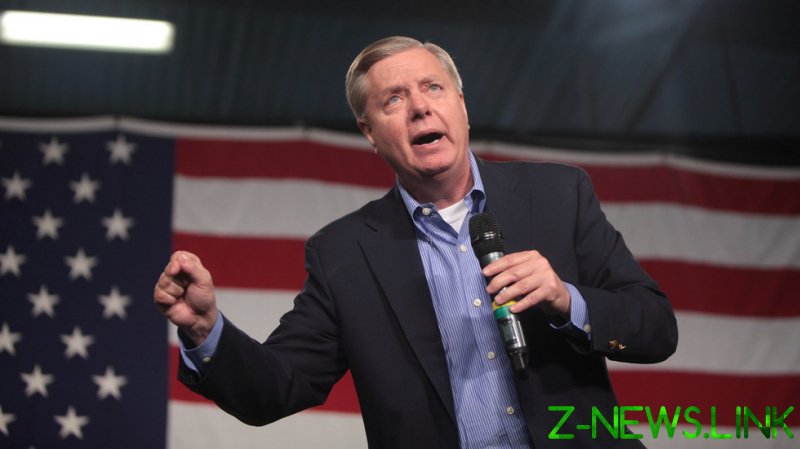 “I don’t think Trump is listening… He might be,” Graham told a crowd of conservatives attending the second day of the Michigan Republican Party’s leadership conference in Mackinac Island, Michigan. “I hope President Trump runs again.”

Graham’s seeming endorsement surprised many, as it came only days after the former president criticized the South Carolina Republican for not supporting him more during the 2020 presidential election, which Trump continues to claim was fraudulent – despite there being no official proof of widespread fraud.

Trump’s Graham statement dropped shortly after a Washington Post report revealed some details from the book ‘Peril’ by Bob Woodward and Robert Costa, including claims that both Graham and Sen. Mike Lee (R-Utah) personally vetted Trump’s fraud claims and were “unpersuaded” to object to the results.

“Mike Lee, Lindsey Graham, and all of the other Republicans who were unwilling to fight for the presidency of the United States, which would have included at least an additional four Republican Senators – two in Georgia, one in Michigan, one in Arizona – are letting the Democrats get away with the greatest election hoax in history. A total con job,” Trump wrote in his Wednesday statement.

Graham’s relationship with Trump has certainly had its ups and downs – something the senator joked about over the weekend.

“People ask me, ‘What happened with you and Trump?’” the senator said. “I say, ‘We found common ground.’ I’ve come to like him and he likes him too.”

Graham went on to recommend Trump “turn it down a notch,” but said, “there’s magic there,” citing Trump’s handling of the Covid-19 pandemic, the US-Mexico border, and his appointment of multiple conservative judges to the Supreme Court as his most significant accomplishments.

Graham going out of his way to compliment a man who criticized him only days before solidified the views of many on social media who believe Trump is more than likely running in 2024 – an idea he’s teased numerous times, though not directly addressed.

The senator’s positive words about his sometimes contentious relationship with the former president was also enough ammunition for critics to pile on the South Carolina Republican, dubbing him “beyond pathetic” for not taking a more anti-Trump stance.

In an interview this week, Trump seemed to all but confirm his intention to run in 2024. When he was asked what would prevent him from seeking office again, he replied, “Well… I guess a bad call from a doctor or something, right?”