Home / policy / “Such nervousness at the top amazing”. Total persecution of government opponents.

“Such nervousness at the top amazing”. Total persecution of government opponents.

The idea to classify the “registered as foreign agents” not only organizations, but individuals, human rights groups say is total harassment of government opponents.

Now everyone can be amazed in the rights of the outcast and the bearer of the label “foreign agent” — as many in Russian society perceive the package of amendments to the laws “On mass media” and “On information, information technologies and protection of information”, which the state Duma plans to consider in the second reading on Tuesday, November 19.

Judging by the fact that the profile state Duma Committee on information policy, information technologies and communications recommended the lower chamber to approve the bill, its adoption can hardly doubt. However, the document in the form in which it exists now, is really causing problems.

First of all, it concerns one of his key ideas, which consists in the fact that the “foreign agents” can now be considered not only the media and NGOs, one way or another financed from abroad, but also individuals. for Example, as fear, especially bloggers, even though in the state Duma promise that this will not happen.

Columnist of “Rosbalt” asked human rights defenders to Express their opinion on this legislative initiative. All of them are the most pessimistic way.

Generally, it is a disgrace, not a bill. “Mess” is probably the most decent word that you can pick up in this case. Other epithets not really censorship…

The text of the bill, which is now available and has passed in the Duma for a first reading (it took place on 12 January 2018), once again striking weakness of legal technique, common language and a bad representation of how its provisions will be implemented in practice.

All this raises serious concerns about the fact that this law will be arbitrarily applied and will be another tool of harassment of critics of the current state of Affairs in our country. Because if they strictly look at how it’s written, almost any citizen can be entered in the register of “foreign agents”. It is formulated in such a way that any republication of the media-“foreign agents” in the presence of at least three cents, received from abroad, will have to serve as a basis for inclusion in the appropriate register.

However, I don’t think of how such a register could be because, in order to somehow identify a natural person, other than name, need date of birth, passport data. We have come here to the law on protection of personal data, and how the law enforcers then will abide by it, is unclear”.

Lev Ponomarev, Executive Director of the movement “For human rights”:

In this bill it is necessary to add the amendment according to which “foreign agents” have to wear any identifying marks. Well tested, for example, a yellow star of David… (in Nazi Germany, all Jews were obliged to wear on their clothes a sign, — “Rosbalt”).

See also:  Martynenko said that the case against him was fabricated

But seriously, it’s a faster way to a fascist country. Authorities in a hurry. This caused some nervousness at the top, which surprises me — they seem to be all stable. They destroy the entire human rights environment. At first, they squeezed those same defenders of the system of state financial support. Let’s say I was eight years old received a grant of the President of the Russian Federation, and everything was fine. Then, the FSB has passed certain boundaries, when the torture began, for example, in cases of “Jehovah’s Witnesses” (a religious organization that is recognized in Russia as extremist and banned). Generally, in 2018, the torture increased in multiples. After that I became an opponent of the FSB, which threw me out of the system of presidential grants and again made the movement “For human rights” in the list of “foreign agents”.

I refer to the law on “foreign agents” sharply negative. Consider it anti-constitutional and anti-democratic. And the fact that it is now transferred to physical persons is the continuation of the process of total persecution of government opponents. 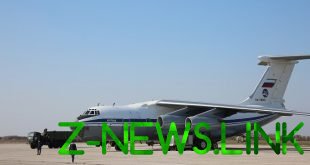