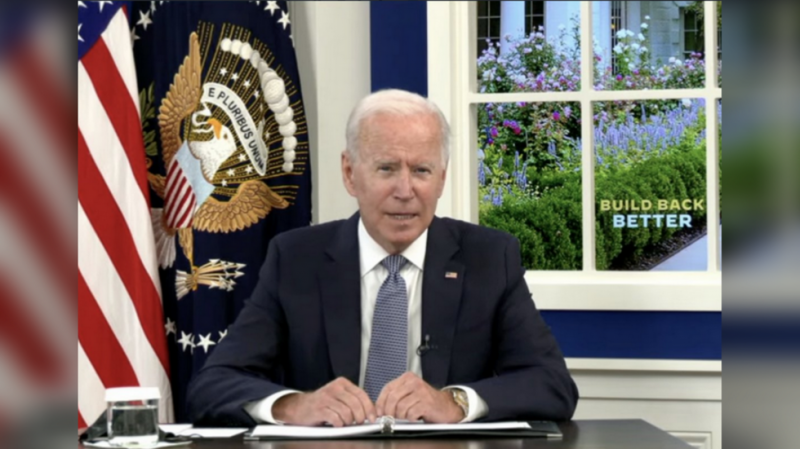 As Biden spoke to the nation on Wednesday and pushed his ‘Build Back Better’ agenda, viewers became distracted by his surroundings. The president was not sitting in the West Wing, but rather in a set his team constructed for video conferences and interviews.

Biden sat at the desk with the American flag to one side of him and a window that appeared to lead to the White House Rose Garden on the other. One would also assume the garden is blooming at the moment – except it’s a digital projection on the window, which has been changed out in the past, and few found themselves convinced.

“The set was constructed across the street from the actual WH in the Executive Office Building,” Breitbart’s White House correspondent Charlie Spiering explained, only to inspire even more questions about the “bizarre” set.

“Susan Rice was on the @netflix board….how did she get this stage so wrong?” former Trump administration official Richard Grenell tweeted in reaction to the cringeworthy look of the set.

“Serious Question? Do they let Biden into the White House?” another user jokingly asked.

Biden was previously on the same set to publicly receive his Covid-19 vaccine booster shot, though he has utilized it on other occasions, as well. The set is in the South Court Auditorium in the Eisenhower Executive Office Building, which is across the street from the actual White House.