Home / Society / Subculture in the USSR, as it was

Subculture in the USSR, as it was 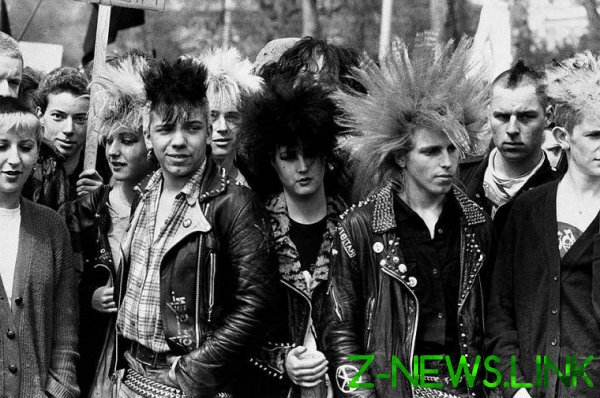 Long wanted to write a big post about what the youth subculture existed in the USSR. In the films of the Soviet years practically does not presents subculture movement, although in fact it was a large reservoir of youth culture. The only exceptions are the films of the perestroika period, some of which (for example, “my name is Arlekino” or “Crash, daughter ment”) is almost entirely devoted to the life of such subcultures.

Meanwhile, the Soviet youth subculture is a very interesting phenomenon that was revealed so to speak the inner protest of the people against the Soviets — because without exception, Soviet subculture was non-Soviet and were often persecuted by the Soviet authorities — the hipsters, hippies and punks often dragged in the police and chastised for “non-socialist way of life”.

So, in this post — big and interesting story on what youth subculture existed in the USSR. Make sure you check out the article below, write in the comments your opinion, well to friends to add do not forget) And telegram channel also subscribe.

Unlike other subcultures that came from Western countries, hipsters are more likely to exclusive and unique Soviet phenomenon. Everything else, they can be called one of the most early Soviet subcultures. Hipsters began to appear in the 1950-ies, mostly in large cities, and their appearance and behavior was trying to copy the American way of life — dressed in bright and fashionable clothes, listening to Blues and jazz, tried to lead a secular lifestyle and were protesting against the “norms of Soviet morality” and appearance.

Interestingly, the word “dudes” is not a self-designation of adherents of this subculture is the word appeared in the Soviet press as critical in relation to “young people, leading cheeky way of life.” Mods portrayed as narrow-minded, conceited and foolish young people who are concerned only with their appearance, that was far from the truth — most “dudes” were from educated families with high cultural level. “Bombed” hipsters not only in the press, but even in great literary works, including in children — in the story by Nikolay Nosov “dunno in the Sunny city” with a few chapters devoted to the fight against dudes named in the story as “carminative”. 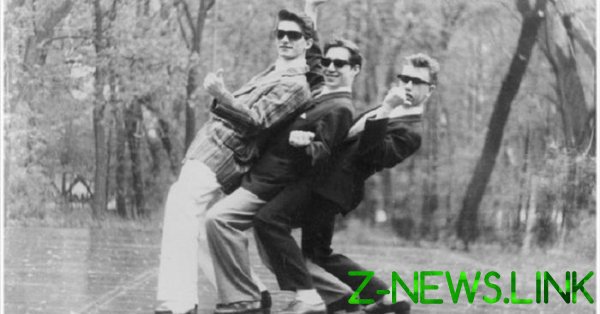 Initially, the hippie movement arose in the 1960-ies in the United States, and it flourished in the 1960-70-ies. Hippies advocated “maximum freedom” of man, pacifism, life in “the community” and was interested in Eastern philosophy, especially Indian and Chinese.

In the USSR, the hippie culture came with some delay, toward the beginning of the 1970-ies and had their own distinctive features — she was semi-underground, had its own slang (“thing”, “Gherla”, “people”, “sessions”, “oldoway”, “flat”) and protested against the classic image of the “Soviet man” with his very particular look and a permanent agreement with the “party line”.

The Soviet police and the KGB fought against hippies, sometimes arresting them for “disorderly conduct”, which could include including simply “inappropriate appearance”. Many hippies were forcibly removed from institutions and were sent to the army, and were able to send “compulsory treatment” in a mental hospital. The hippie subculture has survived the Soviet Union and exists to the present day. 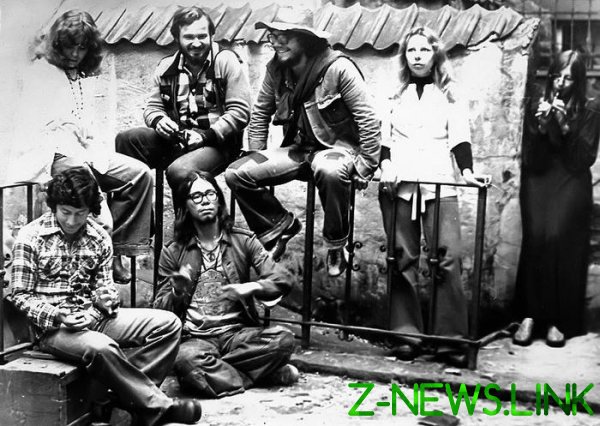 Often this subculture belongs to the offshoot of hipsters or hippies, but were the beatniks and their distinctive features. This subculture had a common love for the music of the Beatles, and then to its numerous imitators (including the USSR), called “bit-quartets”. Beatniks wore long hair with bangs (“under McCartney and Lennon”), bell-bottom trousers, jackets with cut collars and lapels ironed, and often played in Amateur groups that occurred at Universities or research institutes.

Of particular value among the beatniks had a recording of “the Beatles” on vinyl or reels to get such an entry was considered the greatest good fortune. As in the case of mods, the power hit the beat “hard satire”, denouncing them on the radio and at concerts. At the same time in a satirical broadcasts and concerts were often used very high quality original recordings of the Beatles, which beatniks the shaft went to listen to this “satire”) 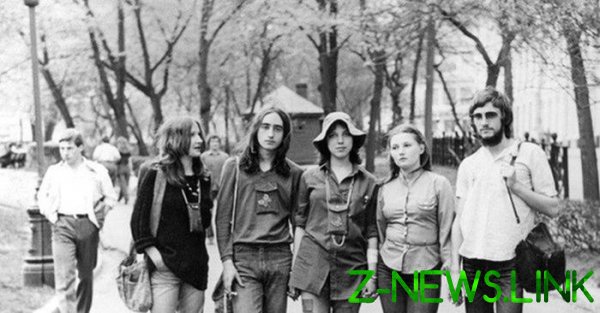 The punk movement originated in Western Europe and the USA around 1960-70th years as a “countercultural” movement, criticizing the society, government, and the overall policy, their “political precursors” punks called the anarchists of the early XX century and often wore clothes attributes marked with “A” (“anarchy”). The punks were a bit like hippies (the protest against the “social system”, the reluctance to serve in the army, etc.), but was more aggressive and nihilistic.

The characteristic appearance reminiscent of a punk rocker and metlitski (leather jackets with studs, ripped jeans with safety pins, boots), but have punks and their features — in particular, acidic hair color and hairstyle-Mohawk.

A distinctive feature of Soviet punk was a musical omnivorous — if “Western colleagues” listening to certain groups like Sex Pistols and Crass, the Soviet Union punks listened to literally all music in the USSR was considered “forbidden” — from The Beatles to Metallica. A second feature of the Soviet punks were scoring passers-by and the constant conflicts with the police. 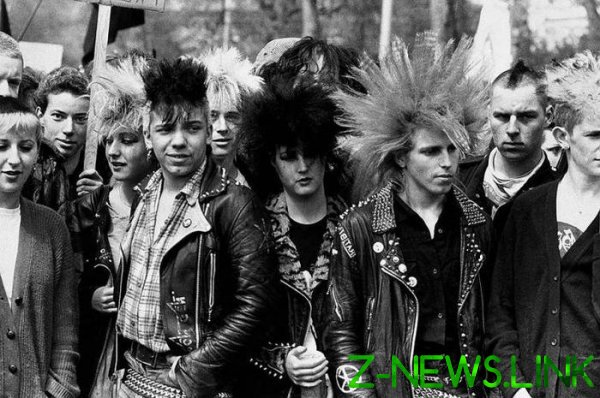 Subculture “metal” appeared in the late Soviet Union, its representatives listened to a certain group of “metal”-oriented — with lots of heavy sound “primocane” guitars, the number of guitarists in these groups could reach up to 5-6 people. Externally, the metal resembled punks, but looked more tidy, don’t cut out the Iroquois (rather long hair) and was wearing a lot of metal pieces — chains, buckles, riveted the wristlets, collars with spikes and so on.

A distinctive feature of Metalworkers Association was for purely musical tastes, they didn’t have such a “countercultural” or “anti-social” behaviour, such as punks or hippies. Partly for this reason the subculture of metalheads survived Soviet Union and further developed in the mid-to-late 1990-ies. 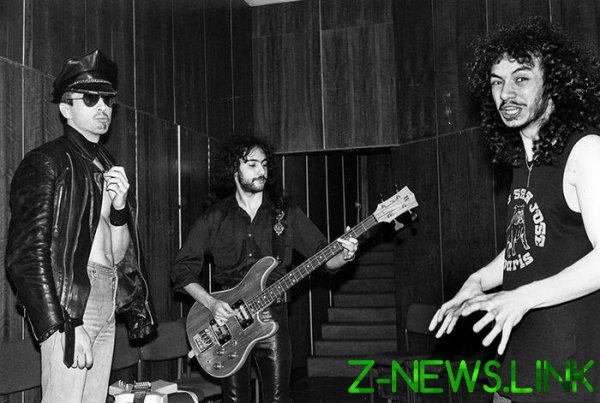 In the eighties, “rockers” was called not fans of rock music, and motorcyclists — those who are now called “bikers”. Rockers often look like metal (wore leather jackets and wristbands with studs), but their distinctive feature was the mandatory presence of a motorcycle — often, some of the Soviet “Java”, “Minsk” or “Dnepr”.

In the late eighties, rockers loved to make night runs (10 to 50 motorcyclists), which with varying success fought the Soviet traffic police. Even rockers spent a lot of time in the garage, constantly perfecting and improving their motorcycles, “garage tuning” in those years has reached unprecedented popularity among rockers. 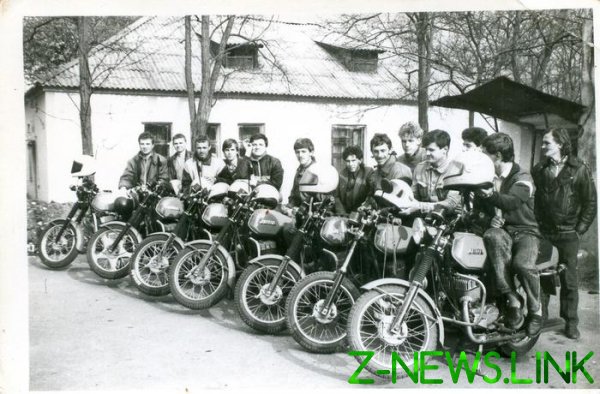 The Lubero appeared in the suburbs of Moscow (the name came from city Lyubertsy) in the late seventies and opposed themselves punks, metalheads and hippies. The Lubero worked in a basement rocking and “trained to serve in the army”, as well as periodically arranged fights with representatives of all these subcultures. The main reason of the conflict was usually “inappropriate” appearance of the opponent, stand out from the crowd. So, punk could beat in a Mohawk, a club for wearing, hippie in long hair and “baubles” on the hands and so on.

As a rule, in the Lubero were natives of working families, and the name “Lubero” stuck around since 1986, when press articles began to appear about the Lubero. According to some reports, the Lubero was controlled by the Soviet police, who with the help of Lubero tried to scare hippies, punks and metalheads, so not out on the street in “an improper manner”. Other subcultures have begun to resist the Lubero, especially in this distinguished metal — to 1987, they gave organized resistance to Lubero, and often their own gathered in groups to “go and break the Lubero”.

With the collapse of the Soviet Union the movement of Lubero gradually disappeared, and some of this movement joined the criminal gang. 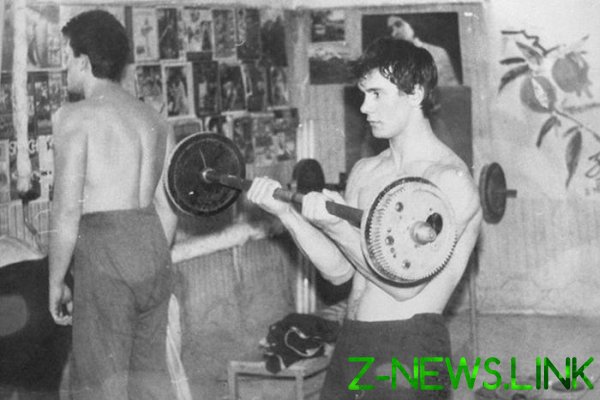 Here’s a story about the Soviet subcultures I did.

Do you remember any incidents from the life of Soviet punks, rockers, hippies or of Lubero?