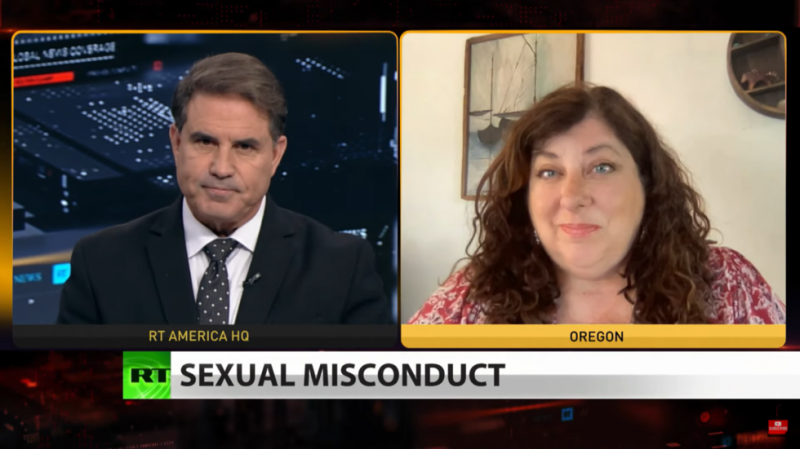 Tara Reade, 57, worked for the current US president in the early 1990s, when she claims he sexually assaulted her in Congress. She went public with the accusation during the 2020 presidential race.

In her interview with RT America, Ms. Reade recalls that when she first came forward in 1993, she went through office protocol, and tried to get help but couldn’t. “I was threatened and told to be silent. It affected my career; I lost my career because I came forward,” she says.

Ms. Reade believes that those who belong to the establishment can “rape and pillage like a Roman senator” most of the time with impunity, because they have the money and protection of the media elites. “Money buys biased public relations machines and those machines are feeding corporate media,” she explained. She pointed out that regular people usually can’t get away with sexual misconduct, and that she felt the hypocrisy of the situation was stunning.

Ms. Reade’s accusations come in the wake of the ongoing #MeToo campaign against sexual harassment and abuse. The campaign started in Hollywood in October 2017, when dozens of women came forward accusing film executive Harvey Weinstein of sexual harassment, abuse, or rape. The movement then spread around the world and involved many famous names from the film and music industries, politics, and sport.

Still, Ms. Reade believes that everyone should be held equally accountable for wrongdoing. “Powerful politicians have ways of covering their misconduct, it’s a culture, it’s ingrained in our culture,” she says.

Joe Biden has vehemently denied the allegations made by Ms. Reade. “I’m saying unequivocally: it never, never happened,” he said in TV interview in 2020.