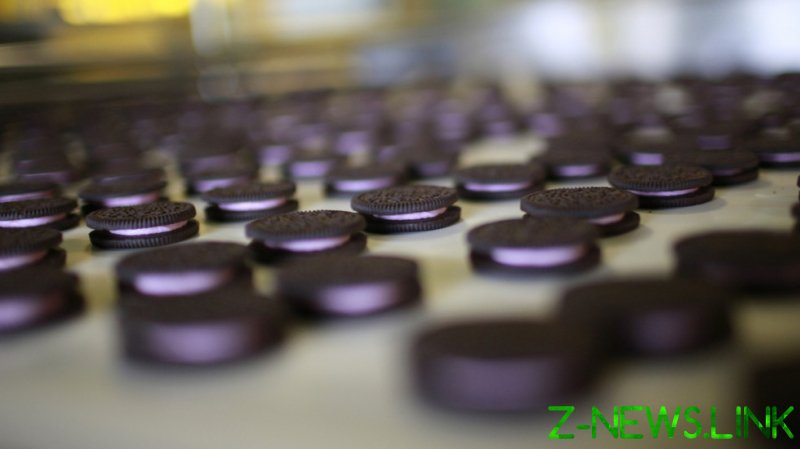 Left-wing and right-wing observers alike also agreed that Thursday’s three-word Twitter message by Oreo, a unit of snack food behemoth Mondelez International, was all about marketing – not a heartfelt campaign for social change. And most were willing to forgive the company’s corporate crassness, rather than give up their iconic cookies.

“Stunning and brave to point out the obvious,” conservative commentator Ian Miles Cheong replied on Twitter. Another observer said, “Thank you for reminding me. I forgot I existed for a second.”

Jeremy Hambley, who goes by the social media handle TheQuartering, was among the many observers who saw only dollar signs in Oreo’s strategy. “Trans people exist . . . as a marketing tool for corporations,” he said. “There, I finished the sentence for you.”

Political cartoonist Stonetoss Comics agreed, tweeting a picture of an executive asking employees in a meeting room, “How can we appeal to the kids?” The next scene shows one of the stumped employees looking at his smartphone showing a pig in a top hat giving the answer: “Global corporate hegemony says, trans rights.”

Left-wing commenters appeared unsure how to take Oreo’s uncontroversial stand. “Thank you, corporation,” one Twitter user said. “Glad to be validated by a cookie company.” But another quipped that such an interpretation might be presumptuous: “Whoa, woah. Hey, they never said we were valid. They only said we exist. Don’t put the cart before the horse here.”

Another observer said, “This is a marketing strategy, but cool nonetheless.” Another commenter replied, “Or maybe just speaking the truth. I’ll take it.”

Some observers, such as Canadian writer Karen Geier, tried to catch Oreo on a possible disconnect between its apparently pro-trans words and its actions. “Maybe pay for some trans health care,” Geier said.

One of the few seemingly angry reactions was apparently sarcastic, from a Twitter user known as Italian-American Advocate. “Cutting open my gut and removing the cookies I had for breakfast and lunch – I have no stomach for politics,” he said.