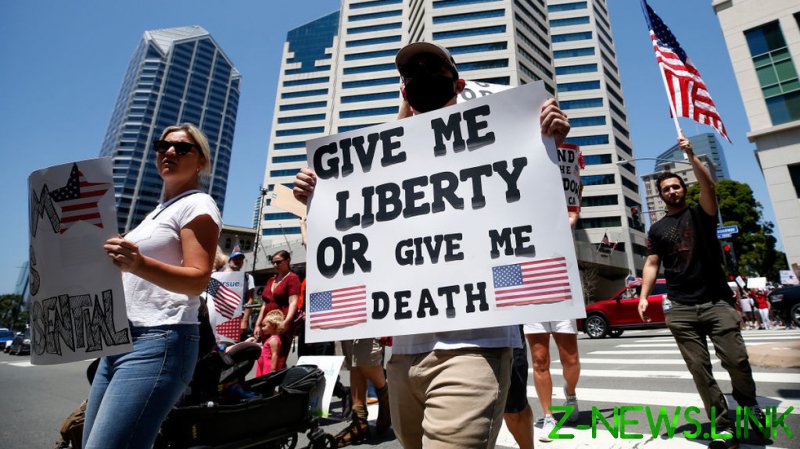 The US recorded nearly 170,000 excess deaths during the Covid-19 pandemic, which were not caused by the virus itself – as obesity, substance abuse and other killers spiked amid government-imposed lockdowns, a new study has shown.

The figures have been revealed in a report released this month by the National Bureau of Economic Research (NBER). The real number was likely higher, the study noted, given the estimate doesn’t include 72,000 people who died with the virus, but not necessarily because of it.

The report suggested that excess non-Covid deaths may have been “collateral damage of policy choices.” NBER pointed to such factors as increased gun violence, drug and alcohol use, smoking and weight gain during lockdowns. 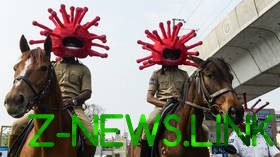 READ MORE: After Covid, we must embrace critical thinking again

“We find it especially notable that non-Covid health outcomes were not more closely monitored to, among other things, determine whether public or private Covid policies were aggravating them,” the study’s authors said. They added that while critics might blame the excess deaths on personal choices, rather than public policies, “this is no excuse for ignoring this soaring death toll or pushing an examination of these deaths to the back burner.”

Deaths from drug- and alcohol-induced causes have risen by 13% and 28%, respectively, exceeding baseline levels by a combined 24,000 people annually, NBER said. There were 32,000 excess deaths annually from circulatory diseases, an estimated 4% above the baseline, and fatalities caused by diabetes or obesity were 10% higher than expected, averaging an estimated 15,000 additional cases each year.

Even as governments closely monitor Covid cases and deaths, little data has been offered on what’s happening to health outcomes apart from the virus, NBER said. “There was little curiosity about testing whether public or private Covid policies were aggravating previous health problems,” the authors said, adding that their findings on the harms to health experienced during the pandemic were “significant and historic.” 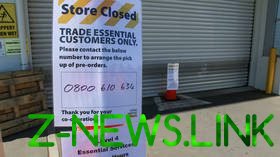 Per-capita rates of excess non-Covid deaths have been similar in European Union countries. One exception was Sweden, where non-Covid deaths have fallen below baseline levels. “We suspect that some of the international differences are due to the standard used to designate a death as Covid, but perhaps also, Sweden’s result is related to minimizing the disruption of its citizens’ normal lifestyles,” NBER said.

A study by John Hopkins University released earlier this year suggested that Covid-19 lockdowns around the world prevented few, if any, deaths from the virus. “While this meta-analysis concludes that lockdowns have had little to no public health effects, they have imposed enormous economic and social costs where they have been adopted,” the study’s authors said. “In consequence, lockdown policies are ill-founded and should be rejected as a pandemic policy instrument.”