Home / economy / Study: Majority of Russians are prepared to reduce the welfare 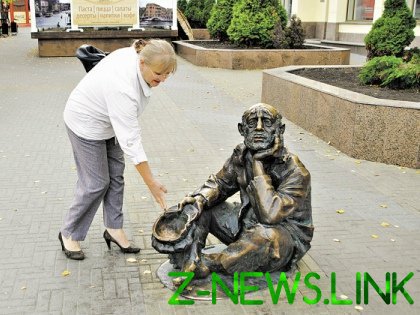 The majority of Russians (over 60%) expected deterioration of their family wealth during the current year, indicated in the research of Ranepa.

“Only a small percentage participated in the survey (6%) still suggests that the financial situation of their families will improve in one way or another in the course of this year. A quarter of the sample of the fifth wave (25%) believe that they will not experience any financial changes and the majority (63%) show pessimistic expectations about the future family well-being (36% choose a slightly lower 27% — significantly worse)” — leads TASS excerpts from the study.

However, as found out experts of the Ranepa, more than half of respondents (52%) believe that in the current situation the government is taking insufficient measures to support the population. Moreover, such a view is held and the majority of recipients of social payments and benefits.

We will remind, earlier it was promulgated monitoring results “ROMIR”, according to which the Russian family of three in which two are working for “normal life” takes an average of 85,7 thousand rubles a month. This is by 7.7 thousand, or 9.9% more than the year before.

As emphasized by analysts of research holding, the average desired family income of Russians this year was the highest for the time of observation.

Previously, experts of the analytical center NAFI found that 45% of Russians are completely or almost had no savings by the beginning of the pandemic coronavirus. Only 26% of respondents have accumulated the money to survive the isolation mode without a source of income. 29% of the polled Russians indicated that their savings was not enough at a time of crisis. 46% of all respondents faced financial difficulties.

According to surveys by the NAFI, in February 6% of Russians assessed their financial situation with the words “barely make ends meet ends meet”. In April so replied 11%.

From 21 to 28% increase in the percentage of those who reported that the products have enough money, but buying clothes is difficult. Meanwhile, from 44 to 36% reduction in the proportion of those who do not have difficulty in buying food and clothing, but could hardly afford the purchase of household appliances.