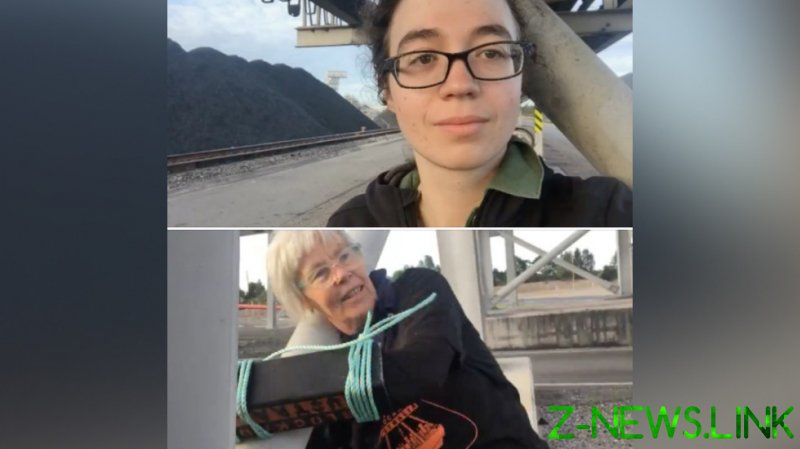 In a video posted to the Blockade Australia Facebook page last week, 23-year-old Kirsten Hoffman proudly told the camera that she had just disabled a machine at Newcastle’s coal port – the world’s largest – by hitting the stop button.

While Hoffman walks around with her Blockade Australia stickers, her mum, Jacinta is “locked on” to some equipment as part of their protest to stop the coal port’s operations and to save the world from the climate crisis.

“For now, I can kind of just sit tight and plan the next machine that I’m going to turn off,” she states, noting that there are security guards nearby.

The law student claimed that she’s “part of a team of Extinction Rebels camping and causing pacifist disruption for as long as it takes to reach zero carbon emissions.”

Hoffman goes on to liken her cause to that struggle of indigenous peoples. “I must acknowledge that we are on Worimi and Awabakal country today. The first nations, who had their land stolen and have been fighting in resistance ever since,” she states, adding that Aboriginal people have been engaging in pacifist disruption for years.

The determined law student was given a $1,200 fine and two-year community corrections order, according to the Mail.