Struggling to get recruits, US Army raises enlistment bonus 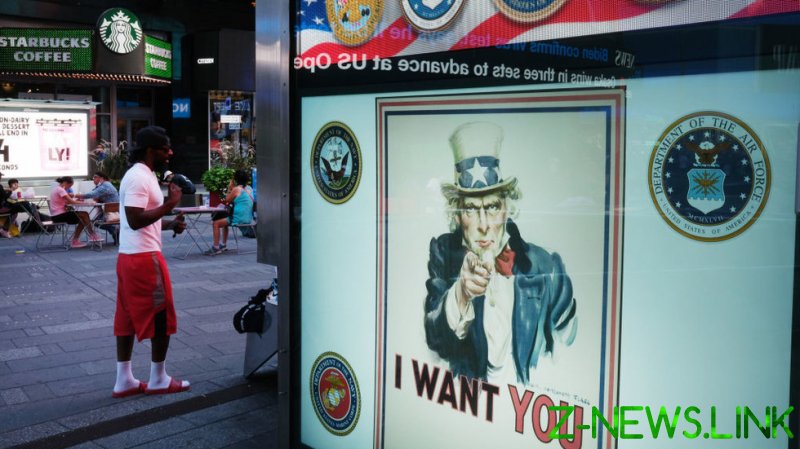 The US Army has reportedly increased its largest enlistment bonus by 25% as it tries to overcome pandemic-related disruptions and entice recruits amid fierce competition to fill key positions.

The maximum bonus has been raised to $50,000 from $40,000, the Associated Press reported on Wednesday, citing the head of Army Recruiting Command. Only skilled recruits who commit for six years in certain high-demand fields will qualify for the top payout.

Major General Kevin Vereen told the news agency that Covid-19 lockdowns have interrupted recruiting efforts at schools and other public venues. Meanwhile the army faces tough competition from other employers for the most prized new hires.

“We are still living the implications of 2020 and the onset of Covid, when the school systems basically shut down,” Vereen said. “We lost a full class of young men and women that we didn’t have contact with face-to-face.”

Vereen didn’t specify the jobs for which skilled recruits can get the maximum bonus. Positions in niches such as special forces and missile defense can often come with large bonuses, the AP said, but target slots for the highest payouts may change from month to month as the army’s hiring needs fluctuate.

“We’re in a competitive market,” Vereen said. “How we incentivize is absolutely essential, and that is absolutely something that we know is important to trying to get somebody to come and join the military.”

The army’s recruitment bonuses totaled more than $233 million in the fiscal year that ended on September 30, down from a record total of more than $485 million in 2018, when the largest US military branch failed to meet its hiring goal. The 16,500 new hires who got enlistment bonuses last year were paid an average of more than $14,000.

Vereen said this year’s recruiting goal will be about the same as 2021’s target of 57,500. The military’s Covid-19 vaccine mandate could also be a factor in new hires. More than 10,000 Army troops still hadn’t gotten their first jab as of last month, and US Army Secretary Christine Wormuth warned that those who continue to refuse the vaccine face the threat of being fired.