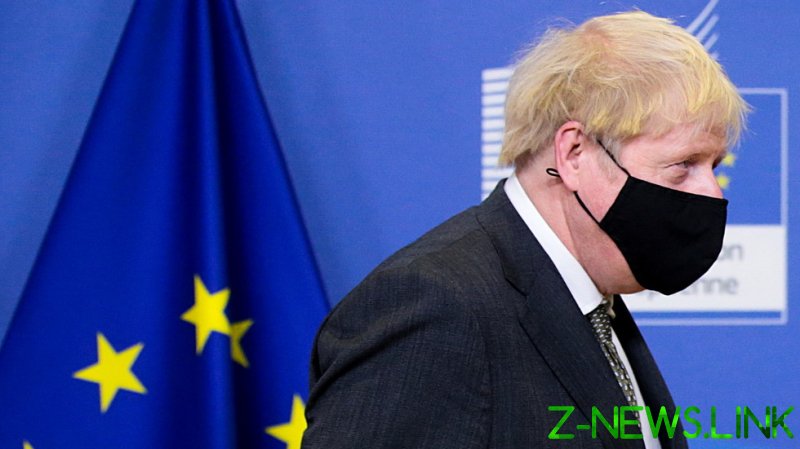 The EU and Canada currently have a free trade deal, while Australia does business with the bloc without such an agreement.

“We’ll go the extra mile” in an attempt to find common ground with the EU, the PM promised, expressing readiness to go to Brussels, Paris or Berlin to finally strike a deal. Johnson’s first comments since his meeting with the EU chief, Ursula von der Leyen, on Wednesday failed to break the deadlock on the outstanding issues of a level playing field, governance and fisheries.

After Wednesday’s talks, von der Leyen said her meeting with Johnson allowed the two to gain a “clear understanding” of each other’s positions. “They remain far apart,” she noted.

The time to reach an agreement between London and Brussels is running out, as Britain is scheduled to exit the European Single Market and European Customs Union on January 1.

“The UK has been incredibly flexible … [and] tried very hard to make progress on all sorts of things,” Johnson insisted, claiming the push by Brussels to keep the UK “locked” in the EU’s legal system has “made things much more difficult.”

London will continue to do “everything possible” to achieve the deal, but “the treaty is not there yet,” he stressed.

The UK has itself been accused of acting in bad faith in the Brexit negotiations, over London’s threats to breach the Withdrawal Agreement with its own legislation. The EU launched legal action against London over its reluctance to drop the offending clauses from its Internal Market Bill, which would have allowed MPs to override specific areas of the Withdrawal Agreement with regard to Northern Ireland, including border arrangements and financial support. The sides only settled the disagreement “in principle” earlier this week.