Home / Society / Striptease in the morgue over layoffs 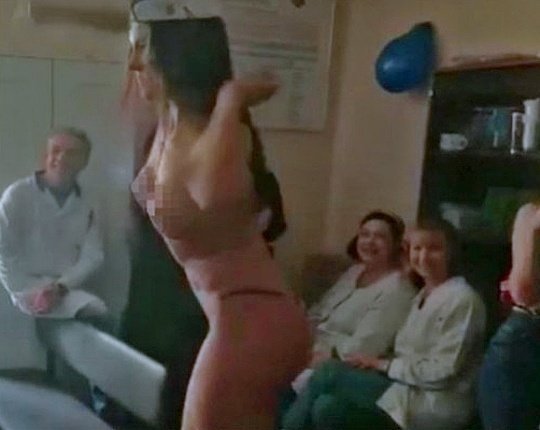 Head of the morgue in St. Petersburg, was suspended from duties after the publication of the video with a Striptease. Two laboratory technicians who participated in the party, has resigned. Earlier in the network appeared the frames in which the girl stripped the music at the party, employees of the morgue.

“Head of the Department suspended from duty at the time of inspection. Two analysts wrote a letter of resignation at own will”, – said the Agency representative of the St. Petersburg health Committee.

He added that after the scandal from a business trip to Novgorod was prematurely revoked by the chief of the morgue. He will need to report on the results of the inspection in cosgrave.

It is now known that the leadership of the medical examiner’s office has not approved any activities at the institution and has not authorized the presence of strangers. “Medical examiner, which violated the order, will be reprimanded,” – said the Agency interlocutor. In addition, the leadership of chop guarding the morgue, reminded of the strict prohibition of the admission of outsiders into the facility without the permission of the morgue.

Earlier the newspaper “Fontanka” published a video in which the scantily clad girl dancing in the room of the morgue. The stripper, according to the media, entertained the employees of the mortuary at corporate. To the editors of the video were sent by the reader, noting that it all happened in the doctor’s room. Head of Department of forensic medical examination of corpses Viktor Vasilenko confirmed the incident later and it was removed.