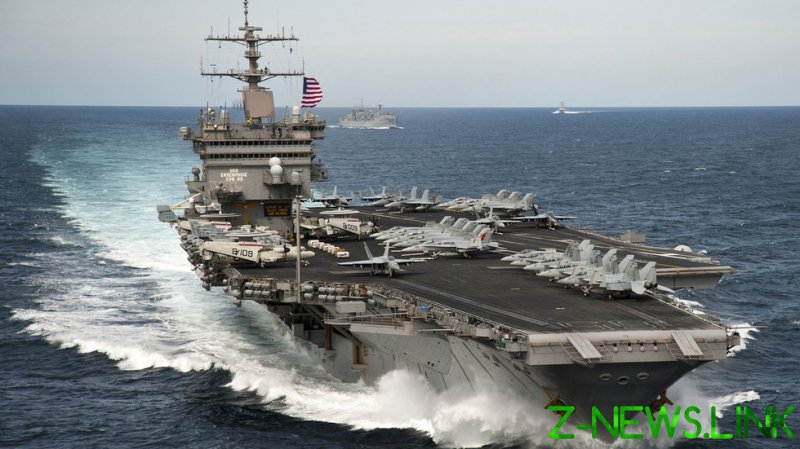 “There is a real possibility that a regional crisis with Russia or China could escalate quickly to a conflict involving nuclear weapons, if they perceived a conventional loss would threaten the regime or state,” STRATCOM chief and Vice Admiral Charles Richard wrote in the February issue of the US Naval Institute’s monthly magazine.

STRATCOM, which oversees the US nuclear arsenal, views the probability of nuclear war as low. But with Russia and China advancing their capabilities and continuing to “exert themselves globally,” Richard said STRATCOM must understand what it’s facing.

Richard even claimed that the rival powers are taking advantage of the Covid-19 pandemic to advance their agendas. “We must actively compete to hold their aggression in check,” he said, adding that failing to do so will further embolden Russia and China and lead allies to think the US is unable or unwilling to “lead.”

Such saber-rattling has escalated in recent years, especially between Washington and Moscow. Russia tweaked its nuclear doctrine in 2018 to allow for use of such weapons in response to a nuclear attack or to a conventional attack that threatens the nation’s existence. A Pentagon official said in 2019 that the US would retain its right to carry out a nuclear first strike in response to a conventional attack, noting that allies wouldn’t otherwise believe they are protected.

Such statements and, more importantly, US weapons developments, have raised eyebrows in Moscow. US leadership “has made a decision to consider a nuclear conflict as a viable political option and are creating the potential necessary for it,” Russia’s Foreign Ministry spokeswoman Maria Zakharova said last March.

Likewise, the STRATCOM chief cited Russia’s modernization of its nuclear forces, which he estimated to be about 70 percent complete, as a concern. Noting that Moscow has built “new and novel” systems, such as hypersonic glide missiles, he claimed that it has ignored “international norms” through such actions as an anti-satellite test last year.

Richard added that China also is making “technological leaps” and, like Russia, has harassed US and allied aircraft and forces operating in international airspace and waters. Saying the Chinese nuclear arsenal could double, triple or quadruple in the next decade, he suggested “the US must take action today to position itself for the future.”