Stranded: HUNDREDS of journalists employed by US government outlets left behind in Afghanistan evacuation, report says 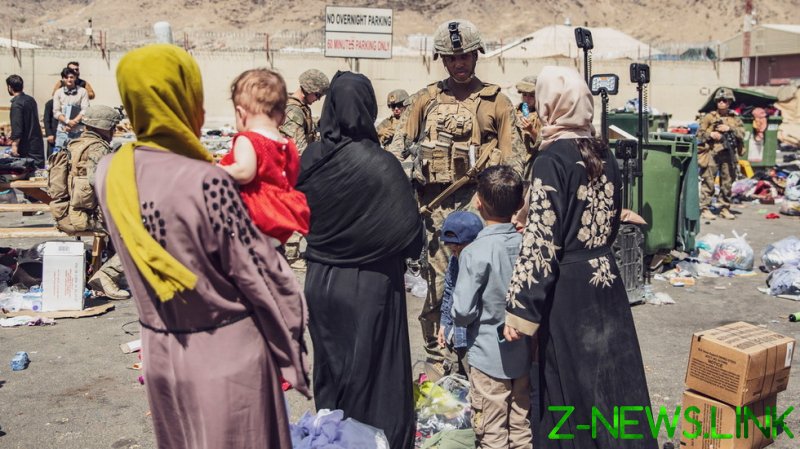 The Biden administration “left behind more than 100 government-sponsored journalists, plus their families, after putting them through three weeks of hell,” the Washington Post columnist Josh Rogin revealed on Tuesday evening. His claim is based on information from people on the ground, a US senator who tried to help, as well as from the president of Radio Free Europe/Radio Liberty, whose employees are among the stranded.

Officially “independent,” USAGM is a federal agency entirely funded by Congress. Voice of America (VOA) is also considered a government agency, while RFE/RL is technically an “independent grantee” but also entirely government-funded. According to Rogin, “600 or so” employees and contractors who worked for these organizations, as well as their family members, repeatedly tried to escape from Kabul after the Taliban takeover, but could not.

These Afghans underwent a “harrowing ordeal,” being “repeatedly” turned away by US troops at the gates of Kabul airport, and had their personal information handed over to the Taliban, Rogin wrote.

“It is disheartening that so many professional journalists employed by American-funded news organizations have now been left behind, with their families,” Senator Ben Cardin (D-Maryland), who tried to help their evacuation, told the Post.

The planned US withdrawal became a frantic scramble for the exits after the Taliban took over Kabul on August 14, and the US-backed Afghan government surrendered without a fight. As tens of thousands of people tried to make their way to the airport, RFE/RL president Jamie Fly said his organization was “preparing for the worst-case scenarios and focused right now on just getting our people to secure locations where they can continue their work.”

Fly now tells Rogin that the US government “consistently failed” to help his journalists, who made several trips to the airport and spent “days and nights waiting just outside the gates, but never managed to get inside.” At one point, Fly said, he was on the phone with senior military officials to try and get a group in, but no one passed the message on to the soldiers at the gate.

Acting USAGM head Kelu Chao wrote to President Joe Biden on August 23, informing him that the journalists were still unable to get into the airport. Two days later, 67 members of Congress also wrote to the president, urging him to help the USAGM staff.

According to Rogin’s article, RFE/RL had bought seats on a Czech charter two weeks ago, but their employees were turned around at the airport gates. Three other charter planes that were supposed to take them to Spain last week never made it to Kabul, because of the August 26 suicide bombing that killed 200 Afghans and 13 US troops at Abbey Gate.

Rogin also quoted an anonymous but allegedly senior State Department official, who said the USAGM group “was until the very last moment the highest priority,” but the clock simply ran out. The State Department’s own local staff barely made the cut, apparently. The last five US flights departed Kabul at 11:59pm local time on Monday, with no American civilians on board.

Employees of US government-funded outlets weren’t the only ones left behind. Local staff for the American University of Afghanistan, National Endowment for Democracy (NED), and US Agency for International Development (USAID), among others, also ended up stranded in Kabul. This is in addition to an estimated 600 Americans who were likewise not evacuated.

In his remarks on Tuesday, Biden praised the Kabul airlift as an “extraordinary success” that got 122,000 people out, and rejected criticism that the evacuation could have been handled better.