Home / WORLD / ‘Stop your saber rattling!’ Russia tells US to sail its warships in its own waters, and not jeopardize peace in far-away Black Sea

‘Stop your saber rattling!’ Russia tells US to sail its warships in its own waters, and not jeopardize peace in far-away Black Sea 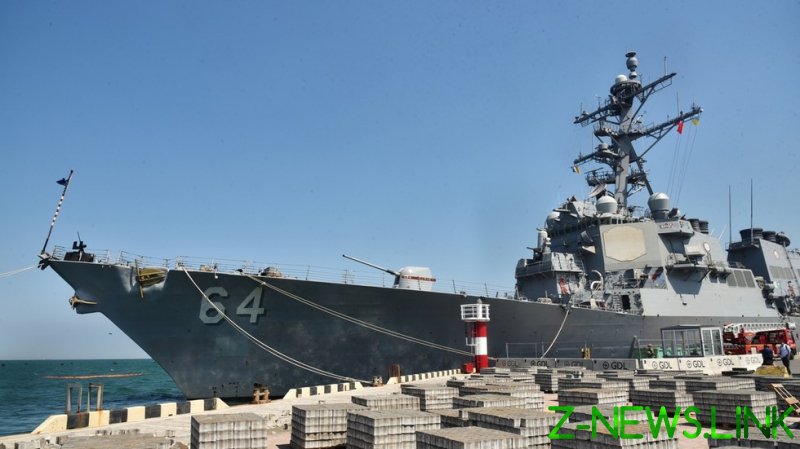 On Wednesday, the US Navy announced that it had conducted maneuvers in the Black Sea, joining Turkish vessels “in an integrated surface, air and subsurface warfare exercise.” It said the show of force with another member of the NATO military bloc “enhanced combined tactical command and control proficiency.”

However, Moscow’s delegation warned that the move was a worrying escalation towards a conflict between Russia and the West. “It looks like the US 6th fleet can’t wait to find an enemy in the Black Sea,” officials said in a statement on Thursday. “It is desperately looking for a pretext – now openly under the banner of warfare exercises – for ramping up presence in the region.”

In a further warning, the embassy in Washington called on the American high command “to stop recklessly saber-rattling and mind their business in the territorial waters of the United States.” It added that “the peace and security of the Black Sea needs no alien interference.”

On Tuesday, at a joint press conference with Ukraine’s Prime Minister Denis Shmigal, NATO Secretary General, Jens Stoltenberg said that “we have seen a significant Russian buildup in the Black Sea, not least with the illegal annexation of Crimea, and also with more naval presence in the year.”

“NATO has increased its military presence in the Black Sea region,” he said, “because we recognize the great strategic importance of this region for all NATO allies but also of course for our close partner, Ukraine.”

In November, a US naval warship sparked a diplomatic incident by crossing into what Russia considers to be its territorial waters off the Far East capital of Vladivostok. The USS John S McCain, a specialist combat ship designed to hunt submarines, was operating in the Sea of Japan before it was picked up two kilometers inside the internationally recognized maritime border. According to the Ministry of Defense in Moscow, a Russian vessel threatened “the potential of resorting to ramming to force the trespasser out of the territory.”

The US Navy claimed in a statement at the time that the vessel’s so-called “freedom of navigation operation upheld the rights, freedoms, and lawful uses of the sea recognized in international law by challenging Russia’s excessive maritime claims.”