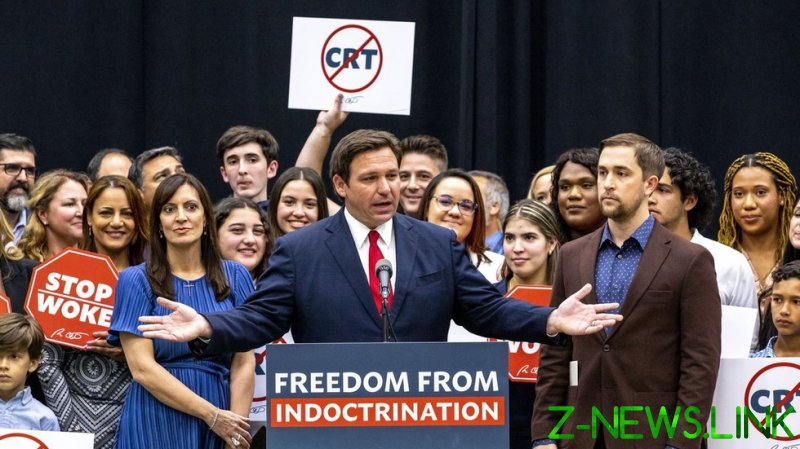 Florida Governor Ron DeSantis on Friday signed the ‘Stop WOKE’ act into law. The law, which allows parents to sue educators if their kids are being taught ‘Critical Race Theory’ in school, and employees to sue if they receive such training in the workplace, comes amid a high-profile showdown between DeSantis and Disney over LGBT issues.

“No one should be instructed to feel as if they are not equal or shamed because of their race,” DeSantis said in a statement on Friday. “In Florida, we will not let the far-left woke agenda take over our schools and workplaces. There is no place for indoctrination or discrimination in Florida.”

Under the law, teachers and employers who promote the idea that one race or sex is superior to another, that a person’s “moral character or status as privileged or oppressed is determined by race, color, national origin or sex,” or that anybody should be discriminated against to achieve “diversity, equity or inclusion,” would be participating in unlawful discrimination.

With its name an acronym for “Stop Wrongs to our Kids and Employees,” the law is aimed at the kind of teachings that have proliferated in American schools and corporate boardrooms in recent years. While Critical Race Theory (CRT) is a nebulous term that once described concepts only discussed in academia, its ideas – that race influences all human interactions and that the US is a “white supremacist” state founded on oppression – have been promulgated by teachers, corporate diversity consultants, and government-funded institutions. 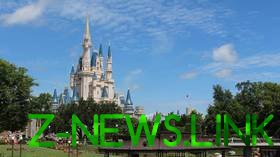 American Federation of Teachers head Randi Weingarten denied last year that CRT is being taught in public schools, claiming instead that kids are being taught “accurate history.” However, opponents of DeSantis’ new law argue that children should be taught concepts drawn from CRT.

“[The law] will infringe on teachers’ and employers’ First Amendment rights and chill their ability to use concepts like systemic racism and gender discrimination to teach about and discuss important American history,” read statement from the Florida ACLU.

However, DeSantis stated that the law will still allow “discussion of topics such as sexism, slavery, racial oppression, racial segregation, and racial discrimination, in an age-appropriate manner.”

“Schools are required to teach factual information on topics including African American history and the Holocaust instead of subjective indoctrination that pushes collective guilt,” his office added.

The law’s passage comes amid a highly-publicized showdown between DeSantis and the Disney corporation. Under pressure from activists and employees, Disney has vowed to overturn the governor’s recently-passed Parental Rights in Education Act, which forbids teachers from discussing sexuality and gender identity with elementary school children. DeSantis has responded by asking state lawmakers to look into stripping the corporation of its right to run Walt Disney World under its own governmental system.

Disney’s ‘Diversity Training’ programs for employees could also be found illegal under the ‘Stop WOKE’ act. State Rep. Bryan Ávila, who sponsored the legislation, said in February that the company’s training, which includes lessons on “systemic racism,” “white privilege,” “white fragility,” “white saviors,” “microaggressions,” and “antiracism,” was “beyond egregious” and “despicable.”