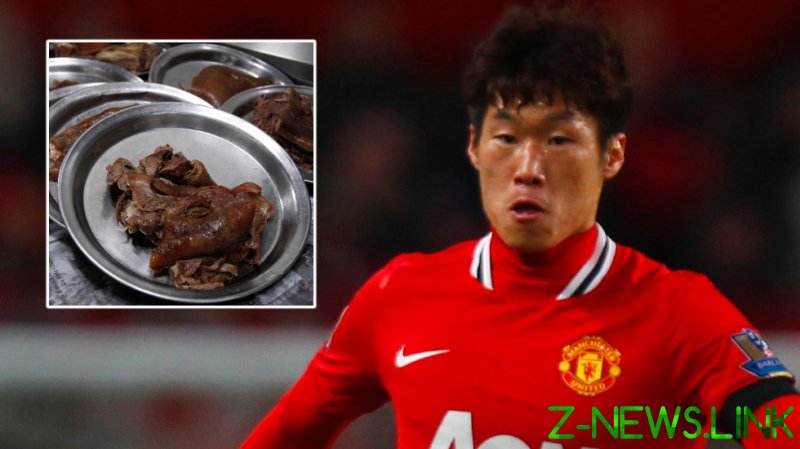 United supporters sang the song towards Hee-Chan Hwang, the South Korea international who plays for Premier League side Wolves, when they traveled to Molineux for a match in August, according to the former Old Trafford favorite.

The Seoul-born midfielder says that he believes the chant will have made Hwang feel as deeply “uncomfortable” as he does about it, adding that the racial stereotype about Korean people is based on an outdated premise that does not reflect his country.

“I’m really sorry for him to hear that,” the Champions League and four-time Premier League winner told United’s podcast.

“I know the United fans didn’t mean any offense to him but I have to educate the fans to stop that word [dog meat], which these days is a racial insult to the Korean people.

“I have to ask the fans to stop singing that word because it’s not cheering up someone anymore – it’s going to be more discomfort when they hear that song.”

Park acknowledged that he initially liked the song after he joined the club in 2005 because he felt “very proud” by the show of his popularity among the faithful.

“But when I heard about the lyric – about eating dog meat – it was very uncomfortable for me,” the midfielder said.

“I was young, I didn’t know the culture here, so it was probably one of the things I had to accept.

“I never thought the fans created the songs with bad meanings. They always make a song to give some energy to the players. That’s my thought. That’s why I accepted it.

“But time has changed and it is 15 years later. Probably, last summer, listening to one of the Korean players who joined Wolves, and that time the United fans sang my song, I felt I needed to do something.

“Even in Korea, it changed a lot. It is true that, historically, people have been eating dog meat.

“But these days, particularly the young generation, they hate it. It was there before but these days you really can’t find it. So the culture is changing.”

Now 40, Park made well over 100 appearances for United and played for his country 100 times, including at three World Cup finals, starting with the 2002 edition in which South Korea finished fourth.