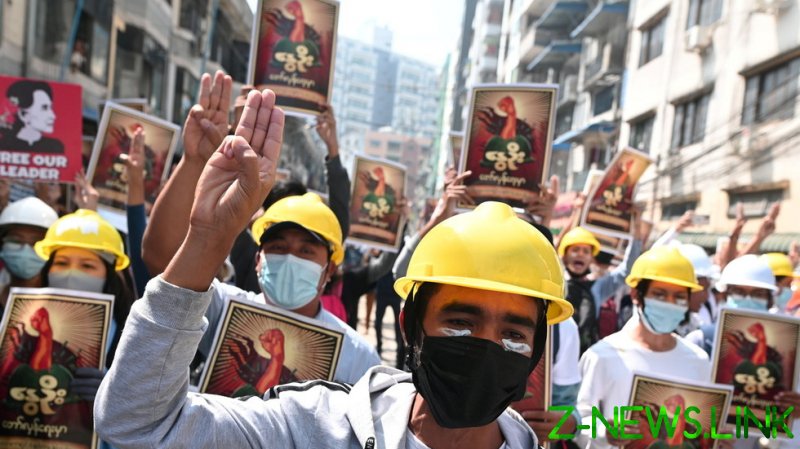 “Myanmar’s military must stop murdering and jailing protestors,” Bachelet said, describing as “abhorrent” the reports that police and the military are firing live rounds at demonstrators and attacking medical teams.

The country has been under a military coup since February 1, when the armed forces seized power and detained the southeast Asian nation’s democratically-elected leader Aung San Suu Kyi and other government officials.

In the last 24 hours, footage has emerged purporting to show medical workers being beaten, a protester being shot dead at point-blank range and a soldier warning, “I will shoot whoever I see.”

At least 54 people have now been killed by the security forces since the coup was launched, according to the UN Human Rights Office, including at least 30 on Wednesday during protests across Yangon, Mandalay, Sagaing, Magway and Mon. There are also likely to have been hundreds of injuries.

At least 1,700 arrests in relation to the protests have also been made, the UN said, and some demonstrators have been handed jail terms ranging from seven days to two years.

Thursday saw more demonstrations in Myanmar’s largest city, Yangon, and in Monywa, where police were reported to have fired live rounds and tear gas to disperse protesters.

The military seized power in Myanmar after alleging that fraud had taken place in the country’s November 2020 elections, which Suu Kyi’s party won in a landslide. The coup has been condemned internationally and has also sparked protests in other countries, including neighboring Thailand.