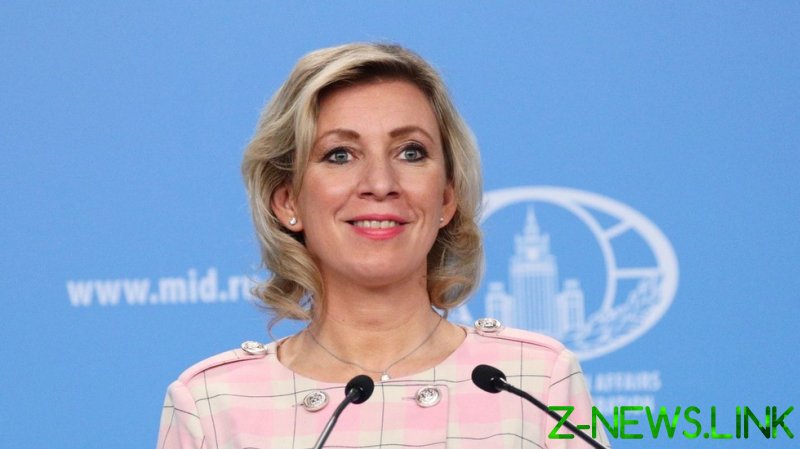 “We should stop calling them the opposition. The opposition is something else,” Maria Zakharova said on Thursday to Russia’s Channel One. “They are agents of influence, and I will prove it to you now.”

Zakharova recalled how key Navalny ally Leonid Volkov revealed last week that they would no longer hold demonstrations in the winter and planned to wait until spring and summer. Then, on Tuesday morning, the Lithuania-based Volkov announced a change of heart, proposing a different form of protest.

“What happened between February 4 and 9? It’s trivial, simple and, unfortunate,” she said. “Volkov and [Vladimir] Ashurkov [another close Navalny ally who lives in the UK] had an online meeting yesterday with the Polish Permanent Representation to the EU, which was also attended by other EU member states, as well as the United States and Britain.”

“One small nuance. This format – the EU countries, plus the US, plus Britain – it’s a not the EU, it’s NATO.”

In Zakharova’s opinion, these countries told Volkov not to wait until spring, and protests must continue immediately.

Earlier in the day, speaking to Vesti FM, she called the two Navalny allies traitors.

On Telegram, Volkov revealed that he and Ashurkov spoke to the European Union about a package of personal sanctions he wants the bloc to impose on a select few Russians. The Navalny ally made sure to note that he does not advocate “sanctions against Russia,” but “sanctions against the purse strings and propagandists.”

“These are sanctions – in the name of Russia, in its interests,” he wrote.

Last week, Volkov announced there would be no more protests in support of the activist until later this year. Large rallies were held around the country on January 23 and January 31, but falling attendances amid mass arrests and a heavy police crackdown have caused his team to reassess. According to Kremlin spokesman Dmitry Peskov, the decision of Navalny’s allies to focus on foreign pressure to seek his release from jail is a “complete demonstration” that he deserves to be labeled as a foreign agent.