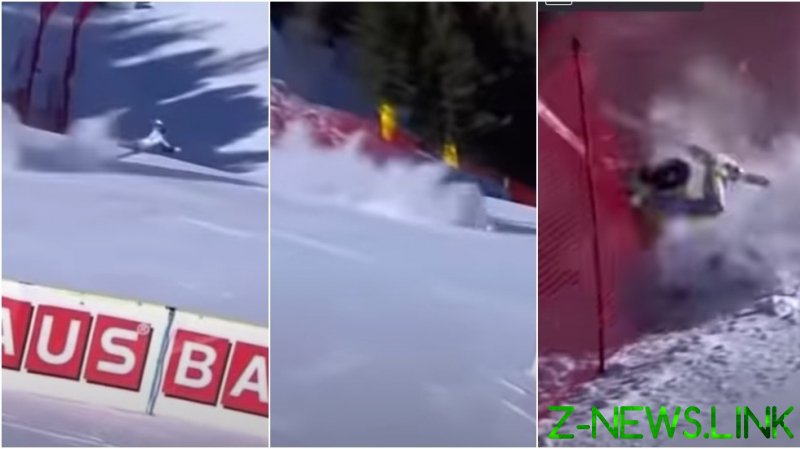 The 22-year-old lost control as she descended the Italian slopes Sunday after hitting an edge at high speed which caused her to plummet backwards and collide with the safety net.

Replays of the incident appeared to show Vickhoff Lie’s left leg twist at an awkward angle and when she finally came to rest, her anguished cries of pain could be clearly heard on the television broadcast.

Reports from the scene have since suggested that she suffered a broken leg in the crash as well as injuries to at least one of her knees.

She was subsequently airlifted to hospital for treatment for her serious injuries.

The race was delayed for a period of 30 minutes to allow for Vickhoff Lie to receive treatment on the slopes, as well as to facilitate her airlift. 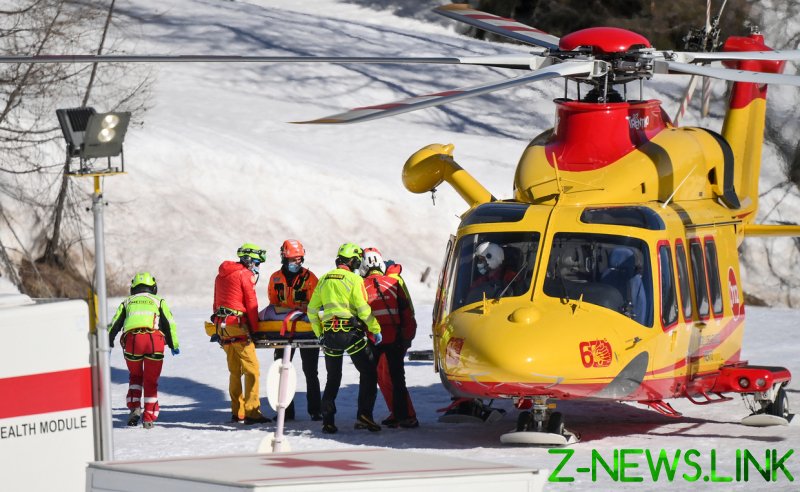 Kajsa Vickhoff Lie was airlifted after the crash. © AFP

Incredibly, a second medical airlift was required soon after the event resumed after Austria’s Rosina Schneeberger when, while at the top of her run, she connected with a control gate before crashing and, just as Vickhoff Lie did a short time earlier, coming to a stop entangled in security netting.

She was stretchered away from the slopes and transported to hospital for treatment.