Home / WORLD / Stolen US Army pistol linked to 4 New York shootings, but military didn’t even know it was missing – media 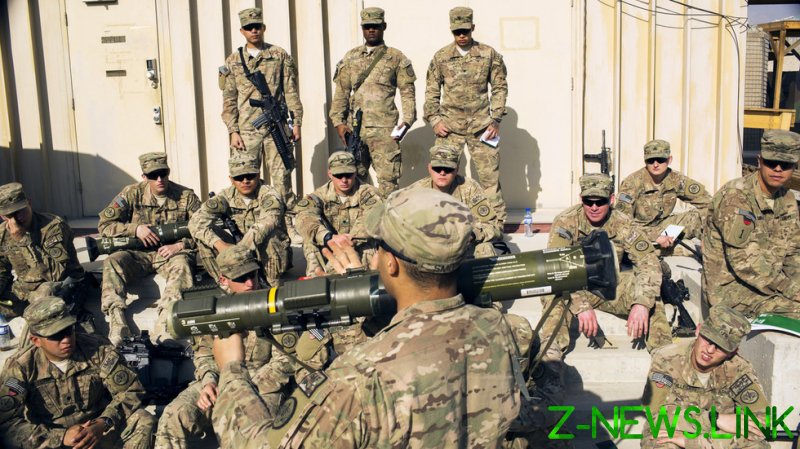 AP revealed the worrying news on Tuesday after an investigation into at least 1,900 US military weapons that had been “lost or stolen” in the past decade – with some ending up on the streets.

Though it’s not clear when exactly the 9mm Beretta M9 was stolen, it was used in several shootings in Albany, New York in both 2017 and 2018 before being recovered by law enforcement in June 2018.

According to AP, the army “didn’t even realize someone had stolen the gun” as the official inventory claimed the weapon was under lock and key at Fort Bragg. How the pistol got from Fort Bragg, North Carolina to Albany, New York 600 miles (almost 1,000km) away is currently a mystery and one which AP says the military and Pentagon “are not eager for the public to know the answer.”

Albany County District Attorney David Soares called the news “incredibly alarming,” adding that it “raises the other question as to what else is seeping into a community that could pose a clear and present danger.”

“One gun creates a ton of devastation,” he noted to AP, warning that local law enforcement “have to work extra hard to try to remove those guns from the community.”

It’s not just pistols that have vanished from US military stockpiles either, with AP reporting that shotguns, machine guns, assault rifles, rocket launchers, and even explosives – including armor-piercing grenades – have gone missing across the United States and abroad due to “unlocked doors, sleeping troops, a surveillance system that didn’t record, break-ins and other security lapses” that were not public knowledge until the news organization’s investigation.

Pentagon spokesperson John Kirby defended the missing weapons in a statement to AP, telling the news organization that the military has “a very large inventory of several million of these weapons” and that they take it “very seriously” when one goes missing.

“We think we do a very good job,” he argued, adding, however, that it “doesn’t mean that there aren’t losses” and “mistakes made.”

Of the victims killed by US gun violence in 2020, 299 were children aged 11 or under, while a further 698 children in the same age bracket were injured.

Legal gun sales have also been on the rise during the Covid-19 pandemic, recent research suggests, with 17 million Americans purchasing guns in lockdown, up 5.3% from 2019.