Home / WORLD / Stocks for me but not for thee: Redditors playing the stock market is problematic but, if a Democrat does it, no big deal

Stocks for me but not for thee: Redditors playing the stock market is problematic but, if a Democrat does it, no big deal 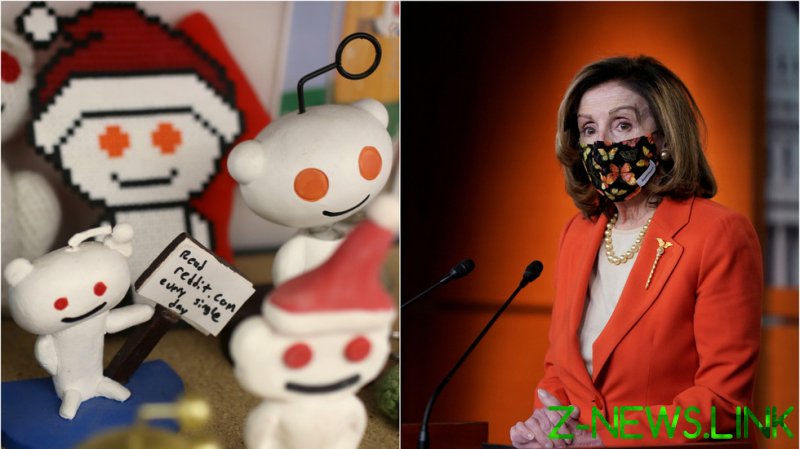 People have been bidding money in the stock market for over a hundred years. There have been many stories about people substantially increasing their wealth by doing so. Despite some people’s issues with Wall Street and the culture surrounding it, there’s nothing illegal about getting involved in stock trading. In fact, most financial advisers will recommend it. However, when the subreddit r/wallstreetbets took to the market to make substantial short-term gain in a move that worked against hedge funds, there were cries to get the government involved.

What hasn’t been reported-on nearly as much is that Joe Biden and John Kerry announced yesterday that the federal government plans to make moves that will severely damage the energy and automotive industries in the short term. Kerry himself has been criticized for a “learn to code” – almost the modern “let them eat cake” – attitude towards the people likely to lose jobs because of the Keystone Pipeline being halted. In the wake of this, no one is talking about Democrat House Speaker Nancy Pelosi investing substantially in Tesla. Tesla is one of the companies that seems like it could benefit greatly from what the executive branch wants to impose.

Just this morning, the app RobinHood, which is meant to allow people without substantial funds to get into the market, is now canceling the ability to purchase stocks that r/wallstreetbets were purchasing. Last night, I decided to get in on the fun and check to see what would happen. I purchased stock in both AMC entertainment and the Naked Brand Group and suddenly both purchases were canceled.

So a lowly journalist/comic book writer such as myself cannot play the market to increase his wealth but career politicians are allowed to? The way free market is supposed to work, my money is just as green as Nancy Pelosi’s. If I want to purchase stock in a company and bet with or against the market I should be able to.

The response has been outright ridiculous. Looking through mainstream headlines, the Reddit investor crowd is being called “trolls” and a “mob,” and their behavior explained with “Trumpism.” Immediately a call was raised for stricter market regulation to prevent this from happening again.

That’s an abhorrent hypocrisy – especially considering how much dirtier it looks when Nancy Pelosi’s longtime friends who just now happened to be in control of the executive branch tank a market while she invests money in the competition to improve her own wealth.

It’s quite simple. These big government types do not like to see people get out of  “their lane.” The instant that people beat the ‘elites’ on their own turf, by playing the market in a way the ‘elite’ cannot control or benefit from, there are calls for big government to get involved. On the flip side, no one says a word when actual industries get harmed and politicians get richer because of it. Where the heck is the standard?

As it stands, it’s looking like this battle is just beginning. The little guy is now hungry to play the game and make their life better. The big dogs who don’t want the little guy to ever earn a seat at the table need to be held accountable. I mean, playing the market like this might benefit all of those people that are about to lose their jobs because of the Democrats. Is it so bad if they want to learn to trade?