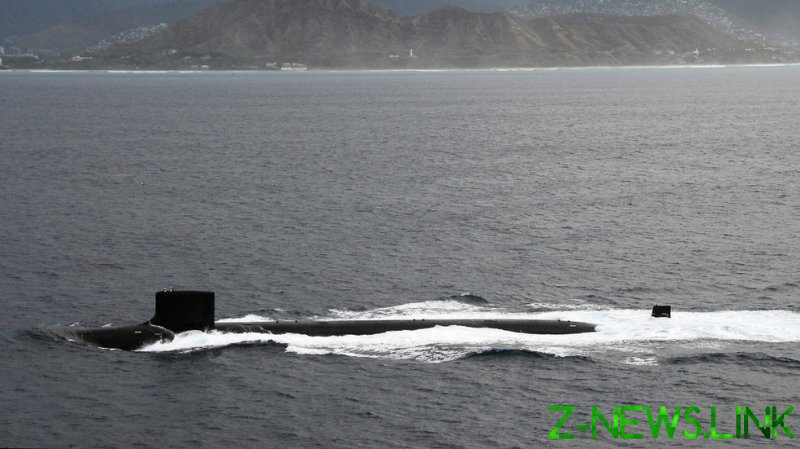 Speaking on Tuesday, Chinese Foreign Ministry spokesman Zhao Lijian claimed the nations of the Asia Pacific were losing faith in the United States after Washington failed to expand on its report of the incident.

“To this day, what we have seen are only short, vague statements made by the US military after a long delay,” Zhao stated, adding that the location of the incident had been confirmed only through China’s own sources.

“This irresponsible approach and cover-up in the South China Sea has forced regional countries and the international community to question the truth of the incident,” the spokesman added, noting that other nations also expected answers as to the US’ intentions in the region.

Zhao said Washington had to explain why it had dispatched a nuclear submarine to the region at this time. He demanded the US explain the nature of the incident in more detail, including with what it had collided and whether there had been a nuclear leak. The US has said no damage was caused to the sub’s nuclear propulsion plant.

Noting that the US had an “obligation” to come clean on the incident, Zhao called on Washington to rethink its strategy. “The United States should change its course, stop the above-mentioned wrong actions, and play a positive role in the peace and stability of the South China Sea,” he stated, adding that America was the biggest driver of militarization in the region.

On October 2, the USS Connecticut, a nuclear-powered Seawolf-class fast-attack submarine struck an unidentified object while submerged in waters claimed by China. The incident was not reported for five days.

The vessel was in a “safe and stable” condition, the US military stated. It has since sailed to Guam for repairs.