Still think they’re not a publisher? Twitter teams up with Reuters & AP to ‘elevate credible information’ 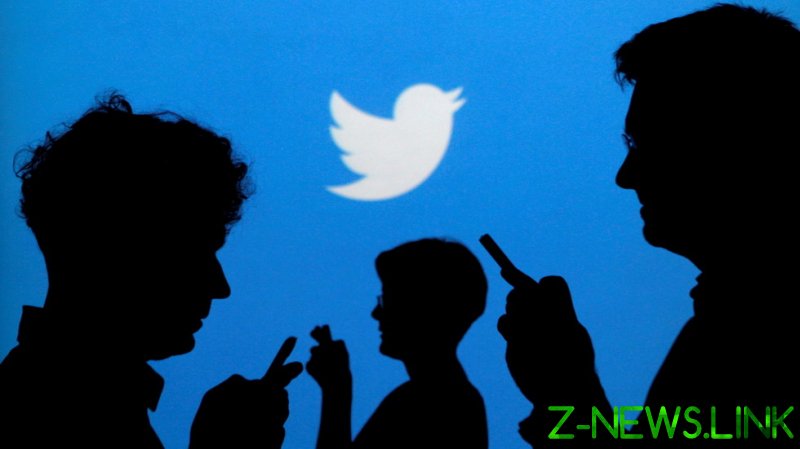 Seeking to “provide timely, authoritative context across the wide range of global topics and conversations that happen on Twitter,” the San Francisco-based company announced on Monday it was teaming up with the two news agencies in order to “identify and elevate credible information.”

The announcement was written by Joanna Geary, Twitter’s senior director of curation – and a veteran of the UK newspapers Times and Guardian. “Thrilled,” tweeted Eric Zuckerman, head of news partnership at Twitter – formerly of NBC News (MSNBC’s parent company).

Twitter communications chief Nick Pacilio – whose bio proudly points out he was press secretary for now-VP Kamala Harris (back when she was California AG) – also tweeted about the news.

You may remember Pacilio from back in February, when he came under criticism for sharing a particularly partisan Washington Post article about a disingenuous “study” that claimed there was no censorship of conservatives by Big Tech – but it would be good if there were, because they spread “disinformation.”

Personnel is policy, so it’s hardly a surprise that Twitter’s carefully curated trends and moments often reflect the priorities of corporate media and their political allies. Back in May, Donald Trump Junior accused the company of being “nothing but a Super PAC for Democrats,” after one of the trends claimed “people are confused” about him comparing President Joe Biden to Jimmy Carter, “given that former president Carter is a Nobel Peace Prize winner whose humanitarian record is largely respected.”

Things haven’t gotten any better since, either.

Very well, you might say, surely AP and Reuters – those paragons of impartial, objective journalism with only the highest possible standards, whose work the other media outlets rely on – will change that. They’re already fact-checking partners with Facebook, after all… Oh, wait, right, that’s a bit of a mess, too.

AP is notorious for amending its Style Guide, used by most English-language media as the the journalism Bible, to reflect the political values of the current moment, such as capitalizing “Black” but not “white,” or discouraging the use of the term “riot,” because that might “stigmatize broad swaths of people protesting against lynching, police brutality or for racial justice.”

Meanwhile, the agency has adopted the Democratic Party’s preferred terminology for the events of January 6 at the US Capitol, calling them an “insurrection.”

As for Reuters, when someone pointed out one of their senior executives is a former CIA officer now tasked with meeting “the disparate needs of the US government,” they got a remarkable word salad response from the Twitter executive Keith Coleman – formerly of Google – about metrics and signals.

Twitter has already come a long way from being a “free speech wing of the free speech party” platform to censoring any questioning of 2020 US election procedures; conjuring a “hacked materials” policy to lock the New York Post over a legitimate news story about Hunter Biden in the month prior to the election; or banning a sitting US president based on how his words might be “received and interpreted” off-platform, to name but a few things.

At this point, it’s basically an echo chamber of Our Democracy – a new name given to what was once known as the American republic.

Big Tech has long used the infamous Section 230 of the Communications Decency Act, to claim immunity as platforms, and not publishers of content. Now Twitter is partnering with the most traditional of legacy media, to further act like a publisher and not a platform – and right as the White House is calling on Big Tech to crack down on “misinformation” some more, apparently unhappy that any dissent is still possible.

While one user has already compared the arrangement to the North Korean state television, that’s hardly fair – to North Koreans.

They are at least upfront about believing in their ideology of Juche, while legacy and new media in the West continue to pretend they’re all about objectivity, impartiality, facts and truth – even as they censor, memory-hole, retcon and redefine them out of existence, whenever power demands it of them.