Home / WORLD / Stick to the script? Biden’s anti-gun harangue on background checks too much even for Politifact

Stick to the script? Biden’s anti-gun harangue on background checks too much even for Politifact 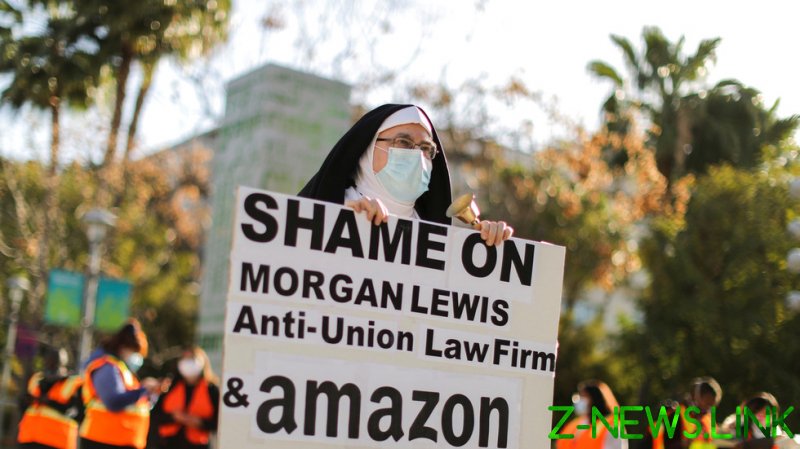 Following on the heels of several mass shootings, Biden on Thursday declared that the country has no choice but to crack down on gun sales. Arguing that gun control measures like universal background checks are wildly popular among Americans despite their distaste among red-state politicians, he veered off the usual gun control talking points and blamed the supposed “gun show loophole” for contributing to the carnage, promising to close it.

“Most people don’t know it, you walk into a store and you buy a gun, you have a background check,” the president explained, speaking to reporters in the Rose Garden. “But you go to a gun show, you can buy whatever you want, and no background check.”

The only problem? the “gun show loophole,” as Biden described it, does not exist. Some sellers at gun shows are not federally licensed, and these don’t have to run a background check on buyers. However, all licensed gun dealers – wherever they’re selling from – are actually required to run background checks on their customers before turning over the gun.

Some states have gone even further, requiring sellers at gun shows to screen customers with a background test even if they are a private seller.

Biden did not appear to grasp the relevant nuances in his speech, and no sooner had PolitiFact unleashed its “mostly false” conclusion than the administration re-formulated his statement to better reflect the reality.

“The White House told PolitiFact that Biden wasn’t suggesting that every gun transaction at a gun show would take place without a background check,” the fact-checker dutifully repeated, giving the offended party a rare chance to tell the story from their own side. “Instead, [Biden] meant that sales without background checks could occur in some cases.”

The site explained that federally licensed gun sellers “have been found to make up a substantial share, and perhaps a majority, of gun-show vendors,” with experts concurring that only about a quarter of guns are sold privately. If one was to describe the issue accurately, one might call it the “gun seller loophole.”

PolitiFact is owned and operated by the Poynter Institute, itself funded by the Omidyar Institute, the Gates Foundation, Open Society Foundations, and the usual array of oligarchs. However, Biden’s latest gaffe seems to have been too much even for them.

While the Biden-Harris administration has insisted its goal is not to strip law-abiding Americans of their guns, both president and VP have elsewhere extensively discussed their desire to do just that, and Democrats have all but acknowledged their intention to push gun control laws through on the back of the wave of anti-gun sentiment that often follows mass shootings. Democrats in Congress “hoped to use public outrage about those recent shootings as a catalyst for legislative progress,” CNN claimed, reporting on the party’s “strategy sessions” held last month. Biden himself framed this rank opportunism as a plea to Congress “not to wait ‘another’ minute to take ‘common sense steps that will save lives.’”

However, even the Democrat-controlled House of Representatives did not appear to have the requisite number of votes to override a filibuster on the issue, and two gun-control bills that they did pass – both expanding background checks – seemed poised to die in the Senate at the hand of West Virginia Senator Joe Manchin, who has called for a return to an old version of the bill but failed in 2013.

Among those supporting Biden on his anti-gun executive orders are documentarian Michael Moore, who has himself been caught misrepresenting the facts repeatedly in his zeal for gun control. In his film Bowling for Columbine, he attempted to show the ease with which Americans could supposedly get guns, describing a bank promotion in which he was supposedly able to enter the bank, sign up for an account, and leave with a gun the same day – no questions asked. However, the bank did not actually hand out guns on the same day as an individual applied for the account; the guns were located at a vault in another city and required a month-long background check to take home – and, of course, the bank was registered as a legal firearms dealer.