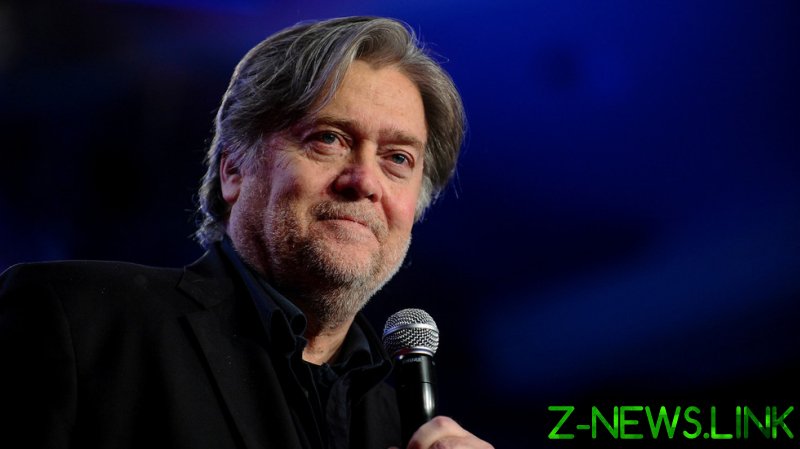 Bannon, Kolfage, Andrew Badolato and Timothy Shea are accused of scamming over $25 million under the guise of raising funds to build a wall on the US’ southern border with Mexico in an indictment unsealed Thursday in Manhattan federal court.

While donors to the crowdfunding campaign were told Kolfage, the public face of We Build the Wall, “would not be paid a cent,” the quartet allegedly funneled hundreds of thousands of dollars to themselves, concealing the transactions with phony invoices and accounts.

We Build the Wall “capitaliz[ed] on [donors’] interest in funding a border wall to raise millions of dollars, under the false pretense that all of that money would be spent on construction,” acting US Attorney Audrey Strauss said in a statement on Thursday.

We Build the Wall actually did build a half-mile segment of wall on private land in Sunland Park, New Mexico last year. However, critics pointed out that migrants could simply walk around the fence and cross the border elsewhere.

White House press secretary Kayleigh McEnany played down Bannon’s former role within the Trump campaign in a statement following his arrest, explaining “President Trump has not been involved with Steve Bannon since the campaign and the early part of the Administration, and he does not know the people involved with this project.” Promotional materials for We Build the Wall had included an image of Trump giving the thumbs-up gesture and the phrase “Trump approved!”