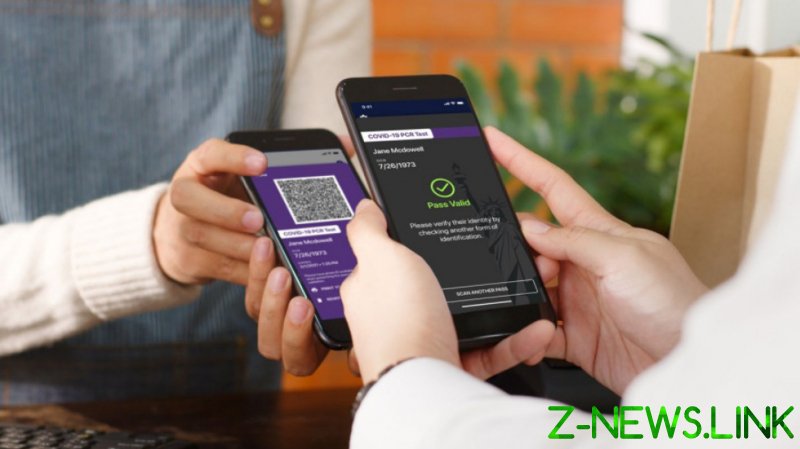 The “Excelsior Pass” was tested for a second time at Madison Square Garden on Tuesday during a New York Rangers game, functioning like a mobile boarding pass that conveys attendees’ vaccine and testing status. While it made its debut at the Barclays Center late last month, Governor Andrew Cuomo unveiled the project in an announcement this week, insisting the data on the pass would be kept “completely confidential.”

“The Excelsior Pass will play a critical role in getting information to venues and sites in a secure and streamlined way, allowing us to fast-track the reopening of these businesses and getting us one step closer to reaching a new normal,” he said, stressing that participation is “voluntary” for now.

As an alternative to the mobile app, residents can also present a paper version of the pass to gain entry to events, both using a QR code linked to their health information. The code does not pass any sensitive medical data to event venues, but merely alerts when a pass is invalid. While it has only been tried at two locations, the state government hopes to expand the program further after the testing period.

As of February 23, New York’s pandemic restrictions require venues with more than 10,000 seats to ensure all staff and spectators receive either a negative Covid-19 test within 72 hours of an event, or to prove they’ve been fully vaccinated against the illness. The guidelines also force organizers to “collect contact information from all those in attendance to help inform contact tracing efforts,” though that is done separately from the new Excelsior Pass.

The pass mirrors similar initiatives launched around the world, with Israel rolling out so-called “Freedom Bracelets” to track travelers arriving to the country and enforce a mandatory two-week quarantine. The European Union is also mulling a digital ‘vaccine passport’ for the bloc, with European Commission President Ursula von der Leyen warning that if member states don’t hurry up, Big Tech could beat them to the punch.