Step on it! Russian diplomats forced to push trolley to depart from North Korea (VIDEO) 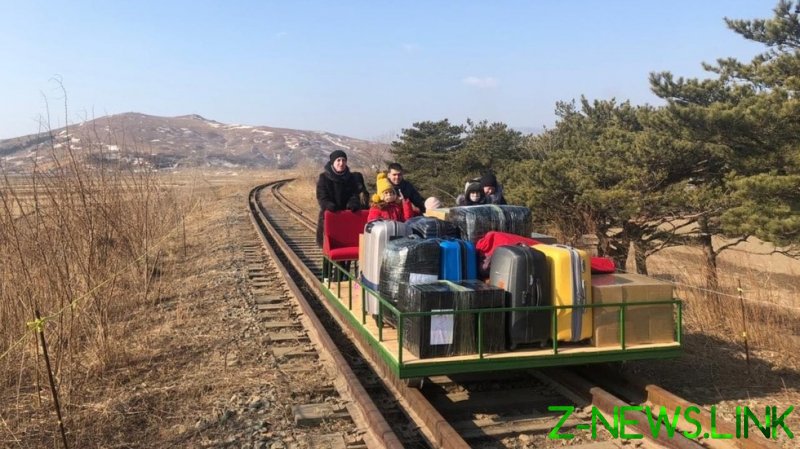 The DPRK has always been a closed state, but getting in and out of it became even harder after the coronavirus hit. Eight diplomats and their family members, who returned to Russia from the country on Thursday, swapped several means of transportation during their lengthy journey.

Its most important leg ran across a railroad bridge over the Tumen River on the border between North Korea and Russia. In order to make it to the other side, “one must build a car beforehand; put it on the rails; get the luggage on it… and off you go,” Russia’s Foreign Ministry said as it published photos and videos from an unconventional crossing on Telegram.

There was no one to assist the embassy staff, so they were forced to push the handcar themselves for more than a kilometer. They succeeded despite having only one grown male among them and – judging by the clips – had a lot of fun.

While at the Russian territory, the group was met by their Foreign Ministry colleagues, who provided them with a bus to get to the airport in the Far Eastern city of Vladivostok.