Home / Society / Step away from the propaganda before the shooting

Step away from the propaganda before the shooting 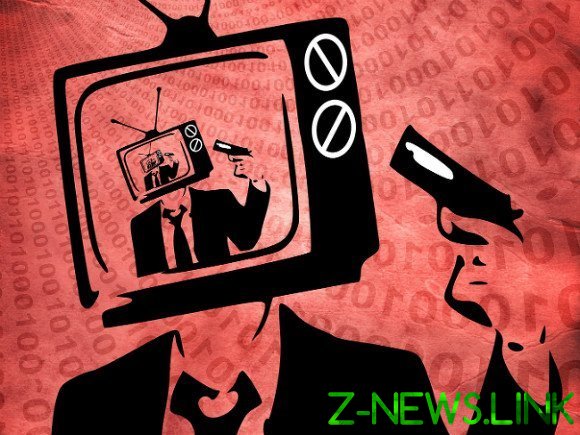 State of emergency in the Lubyanka and the reaction to it — a disturbing indicator of what is happening with the mass consciousness in Russia.

Strange shooting incident that occurred on December 19 at the Lubyanka and ended with several deaths, including the shooter, probably forced to tighten many. In any case, those who have little understanding of domestic and, not only stories, of course, know the tightening of the regime, massive repression began after such exemplary acts of terrorism.

For example, Stalin the Great terror of 1936-1939 began with the murder of a member of the Politburo of the CPSU (b) Sergei Kirov. And the terrorist attack in Leningrad, as the current one in Moscow, too, was in a government building of Smolny, where at that time was located in Leningrad gorkom and obkom…

However, judging by the facts about the identity of the Lubyanka arrow Eugene Manyurova, which already became public, a conspiracy of power with the aim of tightening its regime is not all very similar. Moreover, Manarov, according to his mother, who leads the “MK”, respected power. Or rather, someone who is we do a direct impersonation, that is of Vladimir Putin.

Nevertheless, the conspiracy theory in this case, it seems, is still present, just in a slightly different sense. Media reported that in the apartment found the arrow symbols of the National liberation movement (NOD). Note that this organization is also positioned himself as a supporter of the President, and the members must help him to fight the enemies of Russia. However, the Central headquarters of the NOD the day after the attack, said that in his database of a person with the name Eugene Menurow no.

But it is not Manorov was a member of the NOD or not. Easily ready to accept that it was unrequited love: GCD know it did not, that does not prevent future terrorist share the ideas of this movement of “emancipation of the Russian Federation from the colonial dependencies of the United States by the restoration of Sovereignty”.

So, the Russian Federation, with its second only to the U.S. nuclear Arsenal, with its veto power in the UN security Council, which have only five countries in the world, according to members of the GBR and, apparently, Manyurova, — colony of the United States and the occupied territory. That Russia enslaved Americans, not just talked the coordinator (head) NODE and concurrently the member of “United Russia”, and also the Deputy of the state Duma from this party, Yevgeny Fyodorov.

See also:  "A second before" catching you have not laughed

Judging by what is currently known about Mr. Mangrove, it was a pretty typical representative of the Pro-presidential majority that thinks Putin is a strong ruler (the way need Russia). At the same time it believes that the country is “occupied”. Moreover, the blatant contradiction between these two opposite theses, these people do not notice. They live as if in another world of her own.

Unique is the situation when people think of a mystical world, existing only in their heads? No, of course. In history it’s happened many times. Medieval man lived happily surrounded by witches, warlocks and other evil spirits. But not for long. The average life expectancy then was only a couple of decades. The Russian government in its efforts to return his people to the national traditions, seem ready to move in this direction.

In General, Manjurov, apparently, is a typical example of a now quite often encountered people who have come to their speculation in schizophrenic impasse. It is an alarming indicator of what is happening with the mass consciousness in Russia. Our President is good! Another thing nobles: the government, the Duma — that’s where some enemies entrenched! Apparently, Manorov decided that the FSB, too…

A year ago in Omsk, I spoke with a lady member of the local Communist party leadership. She also confidently told me about occupied Russia, the salvation which, in its opinion, is not in the class and national liberation struggle. That is, there is a widespread split of consciousness.

Most in Russia (again, regardless of party affiliation) is convinced that the President is doing everything right. In the TV show how resourceful and clever he meets the enemies of Russia. From the same TV is the majority daily know how our country defeats the enemies one by one. But the everyday life of the majority is somehow getting worse and worse. Prices in the shops and the debts of the banks are rising and wages not increasing… And if you like the same Lubyanka shooter, lost his job, then it really seams.

This oppressive soul, the contradiction need to explain myself, or there is something that in psychology is called cognitive dissonance. In this case the easiest way out of it — the search for internal enemies, which are the occupiers and their accomplices. As soon as you already understand (or have explained you), the soul immediately becomes easier. Provided, however, that by “invaders” on your account monthly drips salary. Or, for example, disability allowance. When there is no neither that, nor another, perhaps, might happen what happened with Manturovym.

See also:  From Kiev is looking for the owner of a wedding ring

In General, in my opinion, wine is the official Russian TV propaganda that took place on December 19, is very high. After 2014 I almost stopped to watch the newscasts and analytical programs of the national TV. Information — zero, and one that has the speed and objectivity of the flow invariably inferior appearing on the Internet on the websites of the few remaining major media. However, on 22 December decided to change my rule — when I watched movies, and is intrigued by the announcement of one of the channels in the final week which promised to reveal the “European footprint” of a terrorist attack in the Lubyanka. Arguments are shocked to the core. Actually, there were two.

The first is the fact that Ahmed Zakayev (former Grozny theater actor, later Minister of culture of the days of the semi-independent Chechnya-Ichkeria) lives in the UK. How can there be a connection between this man and Mangroves leading politshou not indicated. Why? And so it is pretty clear…

The second argument in favor of “European footprint” in the attack at the Lubyanka was quoted the words of Putin about the fact that Islamic terrorists roam freely in European cities. Proof was given of the recent attacks on people, some weird people with knives in London and somewhere else in Europe… That is, if one or two of the many millions of Muslims living in Europe, stoned and someone was stabbed — is clear evidence of their connection with those strange guys in Russia who consider themselves fighters against the American “occupiers”? Did I miss anything?..

Seriously, it is obvious that Lubyanka shooter is not only a terrorist, but a product like the TV propaganda. Which, of course, lives by itself, and works by order of the authorities. The government believes that she has everything under control. As you can see, not always…