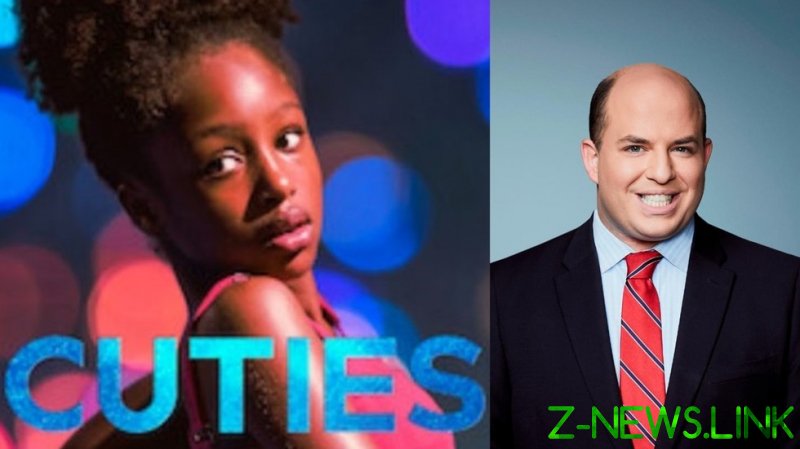 The latest Netflix-friendly interview aired Sunday on CNN’s “Reliable Sources” program, where host Brian Stelter kept the discussion focused primarily on promoting Hastings’ new book. CNN host Poppy Harlow took a similar approach on Thursday, steering clear of hard-hitting questions and talking mostly about the book in the 10 minutes she had with Hastings.

Harlow interviewed the CEO the day after Netflix streamed ‘Cuties’ for the first time, and just as then, Stelter’s avoidance of the topic left viewers wondering how CNN could ignore the burning issue. Critics such as podcast host Steven Crowder and journalists Julio Rosas and Carly Ortiz called out Stelter on Twitter for letting Hastings get away without addressing the controversy.

Stelter replied that the interview was taped “days ago,” without specifying. However, the controversy over ‘Cuties’ began long before this past week, with Netflix issuing an apology on August 20 after publishing a poster for the movie that caused an uproar and accusations of “sexualizing” 11-year-old girls.

The apology noted that “inappropriate artwork” was used for the poster and was not representative of the film. But when the movie was streamed on Wednesday, viewers found it to be more in line with the controversial poster than Netflix’s apologetic explanation. The campaign to cancel subscriptions to the streaming service apparently wiped out $8 billion of Netflix’s market value as a publicly traded company in two days.

CNN has not been alone in refraining from criticizing ‘Cuties.’ Film critics and some leftists defended the movie, with the Telegraph calling it “a provocative powder-keg for an age terrified of child sexuality.” The divergence between media and public opinion over the film is evident on Rotten Tomatoes, where ‘Cuties’ has an 89 percent approval rating from critics and a three percent audience score.

Republican lawmakers have called for a Justice Department investigation of Netflix over its showing of ‘Cuties,’ while Democrat congresswoman Tulsi Gabbard said the movie will “whet the appetite of pedophiles and help fuel the child sex-trafficking trade.”

Stelter’s handling of CNN’s latest Netflix interview drew some angry responses on Twitter, including one commenter who said, “Pedophiles protect pedophiles.” This triggered a response from Stelter, who tweeted: “Shame on you. What a sickening thing to say,” only to be further piled on with tweets calling to do his “goddamn job.”