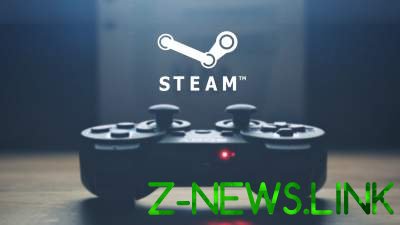 Quietly for the community of players on Steam was was a billion-dollar account. Steam ID Finder shows that the account was created on April 28, received a Steam ID with a lot of zeros, but without any fanfare and fireworks. Valve did not react to this event, perhaps because that number doesn’t mean much for the company as the number of daily or monthly active users. On the other hand, the players already actively congratulate the owner of “anniversary” profile and ask him for a friend.

The problem of using number of accounts as a measure of the success of the Playground is that some of these accounts are blocked, others are second or even a third for the owner, and not just bots. Therefore, most appropriate for the assessment will look at current data in the current online.

Last year the number of simultaneously active Steam users has exceeded 18 million, to some extent thanks to the huge success PlayerUnknown”s Battlegrounds, and since this figure is kept in the range of 15 million. In 2018, the total number of players on Steam in an average of 47 million a day and 90 million per month, which is 23 million more than in the previous year.

Perhaps the biggest factor that influenced the growth of the audience, was the growing popularity of PCs and Steam in Asia, particularly in China. If in 2012 the sales on Steam was dominated by Western Europe and North America, and no other region was not even close to him, six years later, despite the fact that many games do not support Chinese, the Asian market sales were almost as big as North America.

Steam remains the biggest marketplace for PC games, though now he has a competitor, including due to exclusives, in the face of Epic Games Store, and this has to be considered. This will not change the number of registered users, and in Steam there are still hundreds and thousands of games, but as more and more publishers prefer an alternative platform, the number of simultaneously active players in the future can significantly fall if this continues. We have to observe the official statistics and the possible steps Valve for maintaining their market position.