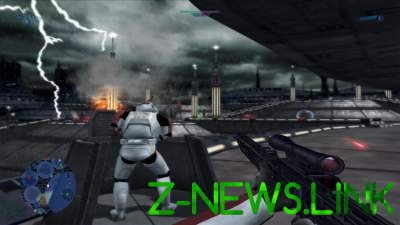 During the week shooter you can buy with 15% discount.

Fans of the classic Star Wars Battlefront thanks to a partnership agreement Pandemic Studios and LucasArts Vox Media will be able to plunge into the militant network, 2004. The game is now available on Steam, GOG and Origin in the Access part of a promotion in honor of “Star wars” (may 4), which holds LucasArts.

This is the first case when the game became available on PC in the digital stores, which is very important, as for the multiplayer mode of the physical edition is still required either a LAN connection or direct IP connection. When in 2014 the GameSpy service has ceased to exist, the original Battlefront lost official multiplayer support. Had only workarounds.

See also:  Horror the Sinking City transferred in the summer