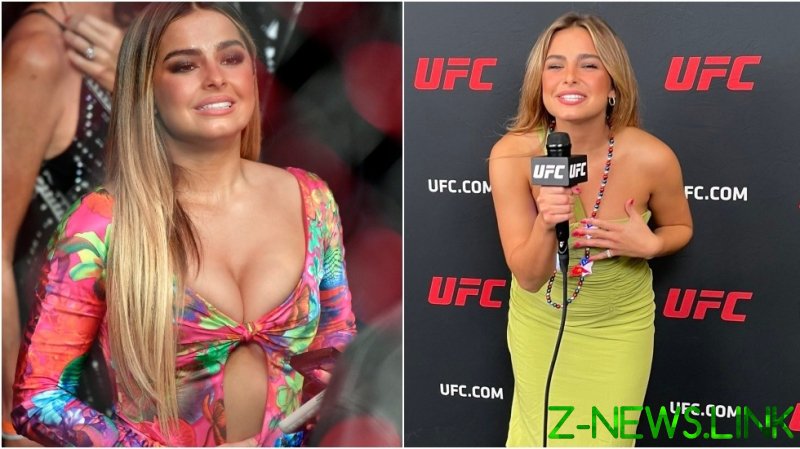 “I studied broadcast journalism in college for 3 whole months to prepare for this moment,” wrote Rae to her following of 4.8 million on Twitter, sharing an image of herself with a UFC mic in hand in front of a board covered in the promotion’s logos.

The suggestion seemed to be that despite minimal training, Rae had somehow landed a job with the world’s biggest MMA promotion at its blockbuster event last week in Las Vegas headlined by Conor McGregor and Dustin Poirier.

The post didn’t sit well with journalists and some social media users though, with the 20-year-old being blasted for “stealing jobs.”

“The AUDACITY… do you know how many people who are more trained and qualified who have been studying this and putting their WHOLE life savings into college that you took this away from,” fumed another.

“I have a friend who studied for SIX YEARS only to have this shoved in her face. Disgusting.”

But according to US online outlet E!, the whole thing may merely have been a misunderstanding, with Rae never actually being formally hired by the UFC.

Instead, she simply did an interview with UFC lightweight star Poirier because they hail from the same home town in Louisiana.

“She did one social activation for UFC where she interviewed Dustin because they’re from the same town, Lafayette,” E! quoted a source as saying.

It seems the UFC will move on without Rae among the reporting ranks – to the relief of some but the disappointment of others.