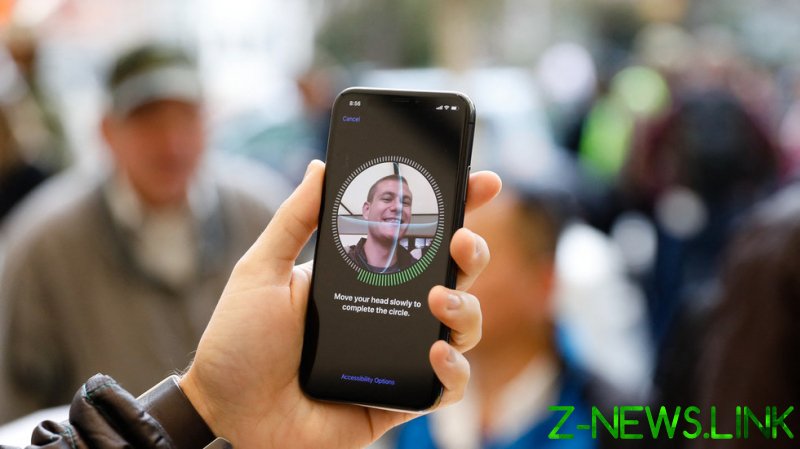 The state of Arizona has become the first to partner with tech behemoth Apple to merge a digital driver’s license and state ID with Apple’s Wallet app. Users can pass through Phoenix Sky Harbor International Airport with “just a tap of their iPhone or Apple Watch,” VP of Apple Pay and Apple Wallet Jennifer Bailey enthused in a statement released on Wednesday.

The digital ID includes all the data found on a normal state ID or driver’s license, plus detailed facial recognition scans, fingerprints and an unspecified list of other information “requested by the TSA.” All the user needs to do, according to Apple, is consent to provide whatever information the TSA requests using their device’s Face ID or Touch ID function.

While the company touts the convenience of being able to whip out one’s device and move through airline security with “just a tap,” its built-in biometric features already offer up more data than even the most advanced non-computerized driver’s license, and Apple admits that the TSA nabs a photo of the user above and beyond what is needed to travel – just “for verification purposes.”

However, the description of the authentication process also doesn’t seem to include an opt-out if, say, the user doesn’t want to turn over a specific piece of biometric data but is fine with handing over the rest. The Verge asked Apple what happens to the photos the TSA takes, questioning where they’re stored and for how long, and how their privacy is guaranteed. The company passed the questions along to the agency, which has not yet responded. It’s a serious question, given that images from airport scanners have a tendency to end up where they shouldn’t – the more embarrassing, the more widespread, as the controversy over “nude” backscatter body scanners proved over a decade ago.

Apple boasts that the user retains control of their phone at all times rather than physically handing it to security. But given that the phone or watch communicates its digital payload touch-free, the possibility exists that other devices might be able to intercept the signal. Apple insists the data is encrypted, but the company has been caught red-handed in such security fails in the past, such as when the notorious Israeli spyware firm NSO Group was found to be able to implant its Pegasus software into any Apple device it pleased.

Apple announced in September that in addition to Arizona, Connecticut, Georgia, Iowa, Kentucky, Maryland, Oklahoma and Utah would be among the first states to adopt the new form of credential. Wednesday’s press release added Colorado, Hawaii, Mississippi, Ohio, and Puerto Rico to the list. REAL ID documents will be required to fly domestically in the US by 2023, unless the deadline is pushed back again.

Apple also allows users to carry their digital Covid-19 vaccination certificates in the Apple Wallet app, and its Apple Pay app adds banking functionality. Such a combination of digital ID with banking and healthcare functions brings the user closer than ever before to the World Economic Forum’s Known Traveler Digital Identity, a global ID system which aims to use a single card or app for banking, travel, and healthcare record-keeping purposes – with a bit of social credit scorekeeping on the side. The system has been under test since at least 2020, when the pandemic plunged international travel into uncertainty.