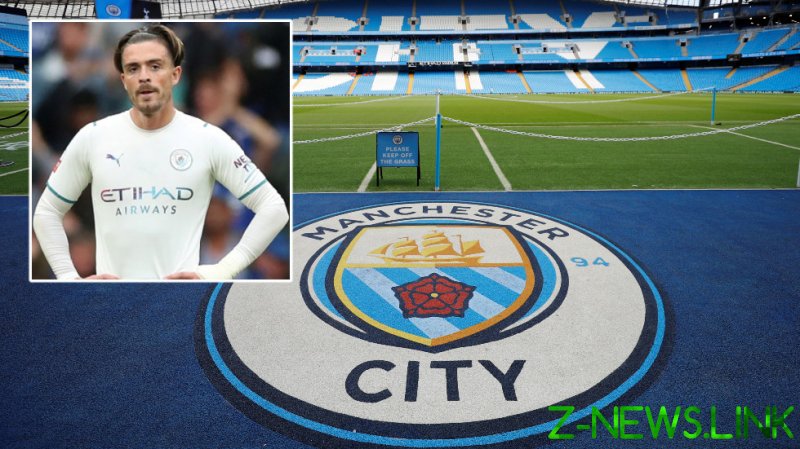 New signing Grealish, who joined the club for a Premier League record $139 million last week, was born in an area of Midlands city Birmingham – where his former club, Aston Villa, are based – and has a strong accent from the region that has parallels with the twang that can be heard in the popular program.

That appears to be the only obvious direct link between the show about gangs around the turn of the 1900s and the picture, which features Grealish, Yorkshiremen Kyle Walker and John Stones, Mancunian Phil Foden and Londoner Raheem Sterling all wearing the familiar flat caps and suits from the series.

Lifelong Villa fan Grealish clearly found it a wrench to leave his birthplace, and critics could not resist pointing out a range of other reasons why the distinctly un-Mancunian image appeared to show a lack of judgement on the part of the Premier League champions.

“Peaky Blinders were based in Small Heath – home of Birmingham City, whose fans like to punch Jack in the head,” boggled a surprised Villa fan, namechecking his side’s neighboring arch-rivals and an incident that saw a Birmingham fan briefly imprisoned for attacking Grealish when they invaded the pitch. “Did you ask him if this was a good idea first?”

Another pointed out the geographical unlikeliness of the players donning the outfits. “Ignoring the awfulness of this, it also doesn’t make any sense,” they argued.

“The Peaky Blinders are from Small Heath – literally where Birmingham City are based. Grealish wouldn’t be no Peaky Blinder.”

An unimpressed supporter said that maverick businessman Peter Swales, the City chairman between 1972 and 1992, “didn’t wear a syrup and six-inch Cuban heels for this sh*te.”

“I’ve never wished unemployment on anybody up to now,” they seethed. “Whoever sanctioned this needs their [employment summary] P45.”

“State of you lot,” lamented a Stoke fan, adding that they would prefer to support the middling Championship side and be “sh*t with a shred left of dignity”, while another responded by blasting: “That ship sailed long ago. F*cking state of it.”

Having enjoyed immense success with Lionel Messi during their time together at Barcelona, City boss Pep Guardiola had been linked with a move for the legendary striker following his departure from the Camp Nou – and the picture compounded the sense of misery some fans felt after seeing arguably the world’s best player join Champions League rivals Paris Saint-Germain earlier on Tuesday evening.

“Is this the worst thing I’ve ever seen in my life?” asked one, to which a sympathetic reader replied: “I think it might well be.

“There’s something a bit weird about this lot. Hard to imagine a more cringeworthy few days than what we’ve seen from them, for f*ck’s sake.”

City could face another of their transfer targets, England captain Harry Kane, when they begin the defense of their Premier League title away to Tottenham on Sunday.