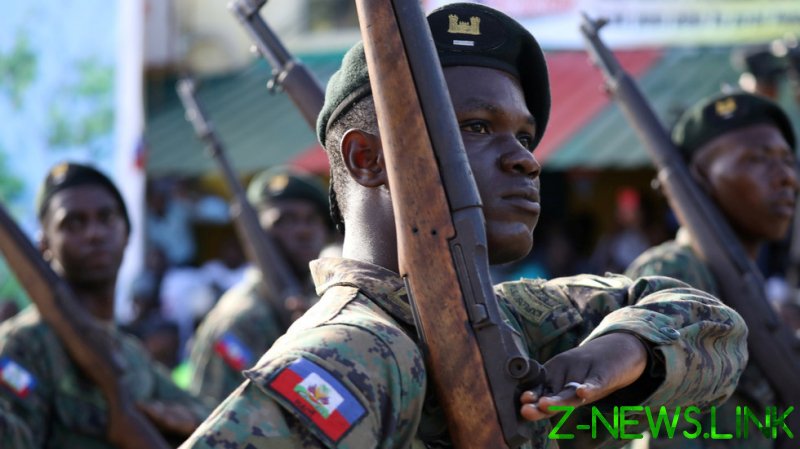 “We decided to declare the State of Siege [in] the whole country,” Joseph said in a televised address broadcast on national television following an emergency meeting of Haiti’s Council of Ministers. “We don’t want the country to plunge into chaos,” he added.

A declaration of a state of siege is preceded only by a state of war. It involves a curfew, control over the media and civilian population, and closure of borders. Martial law is temporarily imposed and the army is deployed to aid police in maintaining law and order.

It is scheduled to stay in place for 15 days, an order published in the nation’s official gazette on Wednesday said.

In his speech, the prime minister asked the people to “keep calm” and aid the government through these “difficult times.” He also repeatedly stated that the situation is “under control.”

Haitian President Jovenel Moise was assassinated in a nighttime attack on his residence on Wednesday. First Lady Martine Moise was also injured in the assault and reports claimed she died of wounds. However, later Haiti’s ambassador to the United States announced she was “stable, but in critical condition,” Reuters reports.

Interim Prime Minister Claude Joseph condemned what he called the “barbaric act” perpetrated by a group of unidentified individuals, who spoke “English and Spanish.”

A local media outlet identified an assailant as a Colombian earlier on Wednesday, but this information has not been officially confirmed yet. Joseph vowed to bring the assassins to justice, saying that they would “pay for what they did in court.”

The assassination has already drawn condemnation from some foreign nations, including the US and the UK. Haiti’s neighbor, the Dominican Republic, reportedly ordered the closure of its borders over the incident and increased surveillance.

Moise – a banana exporter-turned-politician – has long been embroiled in a tense standoff with the opposition, which accused him of overstaying his mandate and seeking to turn the nation into a dictatorship – something he repeatedly denied.

In February, Haitian authorities said 23 people, including a Supreme Court judge and a high-ranking police officer, were arrested in what Moise then called a failed coup and assassination attempt.