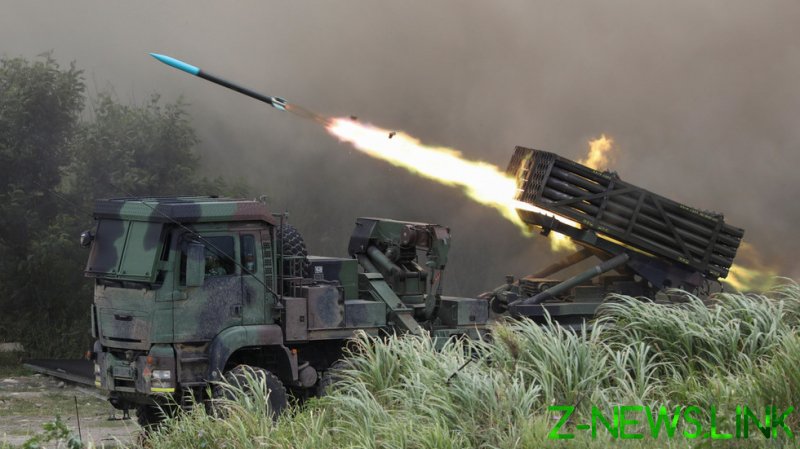 The proposed arms transfer was certified by the State Department on Wednesday, according to the Defense Security Cooperation Agency, which notified lawmakers of the deal. The sale includes Lockheed Martin’s truck-mounted rocket launcher, the High Mobility Artillery Rocket System (HIMARS), long-range air-to-ground missiles produced by Boeing and sensor upgrades for Taiwan’s F-16 fighter jets – all to the tune of just over $1.8 billion.

The deal comes amid reports that a flurry of other arms transfers to Taiwan are in various stages of approval, believed to include advanced MQ-9 Reaper drones and a coastal missile defense system, among other weapons, valued at between $5 and $7 billion. Though previous administrations inked similar deals, President Donald Trump has overseen an uptick in transfers to the island, selling a total of $15 billion in arms since taking office, according to officials cited by the Wall Street Journal.

While the sales of the three weapon systems green-lit on Wednesday still require Congressional authorization, Beijing has already committed to a “legitimate and necessary” response should they go though, insisting the deals would “seriously” harm China’s security interests and undermine China-US relations. No specific countermeasures were proposed, but the country has previously imposed sanctions on US arms manufacturers after sales to Taiwan, including Lockheed Martin.

The transfers also come as Washington steps up military operations in the South and East China Seas, conducting regular show of force missions with long range bombers, spy flights with surveillance planes and “freedom of navigation” sail-throughs. Last week, an American destroyer transited the Taiwan Strait – what the Pentagon deemed a “routine” mission – prompting a harsh rebuke from Beijing, who warned that its forces would remain on “high alert” after a series of similar operations through the strait.