Home / Society / Start-up of new railway routes to the Crimea 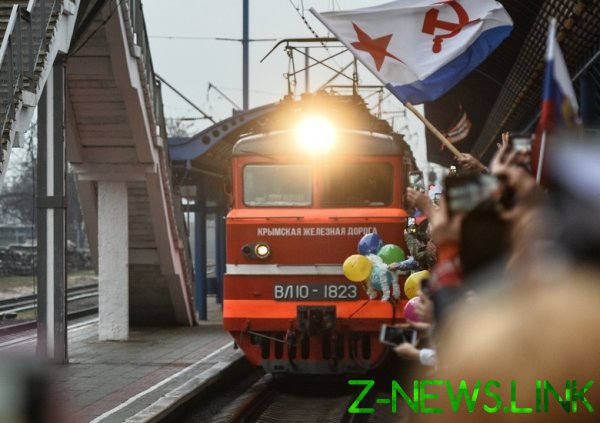 The company “Grand Service Express” (the GSE), which trains with the end of 2019 go from Moscow and St. Petersburg to the Crimea via a bridge across the Kerch Strait, in April 2020, will launch new routes from cities in mainland Russia to the Peninsula.

In April of the train “Tavria” starts to walk from Kislovodsk (Stavropol region), Yekaterinburg, Murmansk to Simferopol and back. Tickets will go on sale February 25.

According to the Deputy Minister of transport of the Republic Sergey Karpov, the railway infrastructure of the Crimea is ready to receive additional trains from other regions of Russia. He added that all the stations of the Crimea, which will make the train stop, also ready to receive passengers.

Russian President Vladimir Putin officially opened the railway traffic on the Crimean bridge in late December of last year. Previously, rail mainland Russia with Crimea was terminated unilaterally by the Ukrainian side. The first passenger train to the Crimea went from St. Petersburg and arrived on December 25 in Sevastopol the next day in the Simferopol arrived the first passenger train from Moscow.