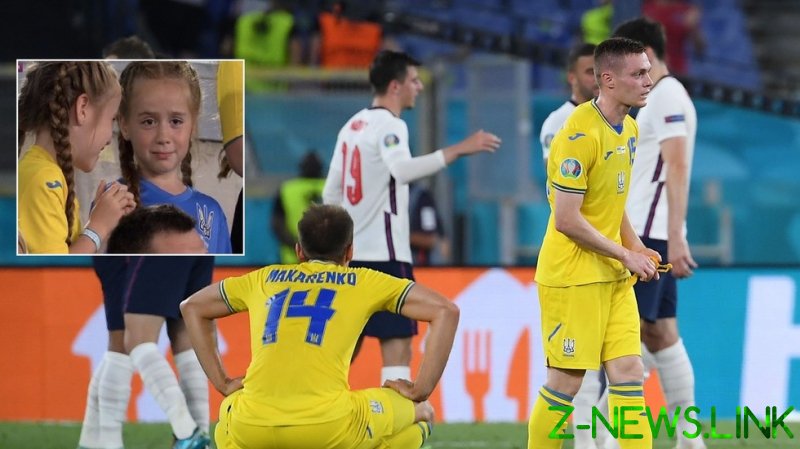 After Germany were soundly beaten 2-0 by the Three Lions at Wembley in the last 16 on Tuesday, a distraught German girl was captured being consoled by her father.

The image brought out trolls from the darkest corners of the internet, who showered the youngster with vile abuse that showed the worst of the historic rivalry between the two nations on and off the pitch.

In response, one concerned party – Englishman Joel Hughes – bizarrely set up a GoFundMe page that has thus far raised in excess of £28,500 ($40,000) and counting.

Though such vitriol was obviously unwarranted, it has been questioned why such an amount needed to be raised for the girl when there are far worthier causes out there and other young people in much more distress.

Yet Hughes attempted to explain his actions through a thread on Twitter today.

“This shouldn’t have to be said but here goes…The campaign is NOT just about a little girl crying because her team lost a football match,” he wrote.

“It is about: calling out vile online social media abuse; trying to add a voice of positivity into these increasingly intolerant times; intolerant, divisive times that are actively encouraged by our shambolic [government]; [to] show the world and our European friends and neighbors that the highly visible, and highly vocal negative minority in the UK do not represent us all. And that there is goodwill left.”

But as England went 1-0 up early in their quarter-final match against Ukraine at the Stadio Olimpico on Saturday through a Harry Kane strike, internet jokers spotted a pair of girls supporting Ukraine and thoughts immediately turned to them possibly striking it rich.

A photo of BBC coverage showed one smiling girl with clenched hands turned towards her friend, who looks sullen during the 12th minute of the eventual 4-0 win for Gareth Southgate’s men.

“Start crying, [and] guilty English people will send us 200k,” it was captioned once uploaded to social media, and thus showered with dozens of crying-with-laughter emoji replies.

And while their campaign probably won’t enjoy the same success, the quest continues for Hughes to hunt down the German girl and her relatives.