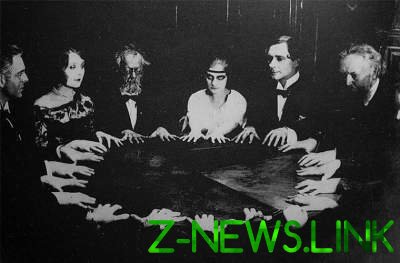 And great men at risk to die under strange circumstances.

To die by digging into the snow chicken, demonstrating the “iron press” or checking the success of esoteric practices — stupid or logical? Tell about the fate of the owner of one of the most beautiful buildings of old Moscow, famous magician, fashionable runner and a great scientist. 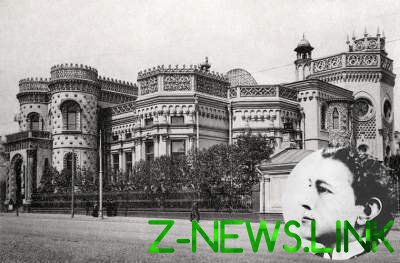 Arseny Morozov, a nephew of Savva Morozov, among the family was known as the black sheep in the family business did not participate, is not engaged in charity, and even artistic collections for posterity is collected. All interests: spirituality, traveling and hunting. Duped than, say, looking ahead, and became famous.

Mother Varvara Alexeevna gave negligent offspring for the 25th anniversary of land on the Vozdvizhenka street, hoping thus to make his life more settled — and there, staring, and otherwise senses. But Arseniy instead to build a solid house, befitting a shareholder of partnership of Tver manufactory, went with a friend, the architect Viktor mazyrin, also tending to all mysticism, to find the prototype of his wonderful home in the world. The search led them to the Portuguese town of Sintra, where both were conquered by the Pena Palace, towering on a rock above the city. Resolved: it is this building of Spanish-Moorish-Manueline style and will be built in Vozdvizhenka.

As a result of construction Varvara Alexeevna concluded: “Early one I knew that you are a fool, and now finds out the whole of Moscow”. Indeed, Moscow exotic building allocated among stately mansions, was not approved. Even Tolstoy did not fail to throw a stone into the “house of shells” and its owner: the “Resurrection” Nekhludoff, passing through the city, thinking about building a “stupid unnecessary Palace some stupid and useless person”. Notoriety struck and architect Mazyrin.

But Arsenius was going to live in the Palace happily ever after. It guaranteed Portuguese, Russian and Chinese “symbols of luck”, dekorirovaniya house: tied in knots ropes, the main entrance in the form of a horseshoe and chained above him chain dragon.

However, the “fool” no amulets will not help. Once the frosts have a bet with my buddies that I shoot myself in the foot and, thanks to the esoteric practices, it is easy to endure the pain. He won the dispute, but three days later, at age 35, died of blood poisoning.

See also:  The iconic weapon of the twentieth century. Photo 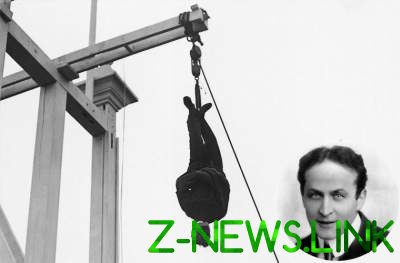 The great illusionist Harry Houdini was unsinkable. In the literal sense. So, in 1903 he was thrown from the bridge into the Thames, put in handcuffs and shackles and tied as cargo a 30-pound ball. It naturally came out. He was locked in a coffin, which was lowered to the bottom of the pool. He got out of hanging from the ledge of a skyscraper of the bag. Passed through a brick wall. During a tour in Russia Harry, prisoner in death row Butyrskaya, 15 minutes later I called out to the guards in the hallway. From any situation there is a way, argued with the tricks of Houdini. And appreciative audience recoil in horror and squealed with delight.

Harry used to solve the most difficult tasks to survive, but death did not give him pack and caught off guard. Once on the road in Montreal to him in the dressing room came the fans, the students, and asked whether Mr. Houdini is able to withstand the blows in the stomach, with no feeling? Lost in thought the illusionist nodded. Then one of the young men suddenly struck several blows. “Wait, I need to prepare! — stopped him and Harry strained press: — now beat.” But it was too late. The attacks caused a rupture of the Appendix, developed peritonitis, and October 31, 1926, Houdini was gone.

The experiment was a success: Francis bacon 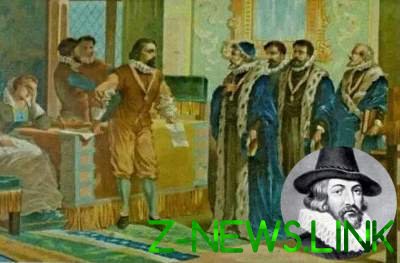 You know the aphorism: “Knowledge is power”? It did not come up with the creators of the magazine, and the English philosopher and scientist Francis bacon, who lived in the XVI century. The Creator of the new philosophy, declared that the purpose of science is the increase of man’s power over nature, believed that “the best proof is experience.” The high position of Lord Chancellor at the court of James I did not prevent the curious, as it should be scientists, bacon, to make the experiences yourself.

One day in the early spring of 1626, he came up with the idea to test the extent to which the cold slows down the process of decay and whether it is impossible to save the meat instead of salt, use the snow. No sooner said than done. Purchased on the market the chicken, bacon himself was stuffed with snow and buried in the snow. Unfortunately, in the course of the experiment a middle-aged scientist caught a cold. Before his death he managed to write to his friend: “I Hasten to inform you that the experience with the freezing of meat has been very good.” 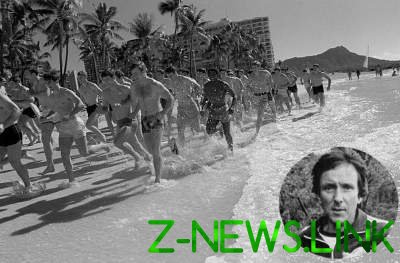 In the 1970-ies of the civilized world embraced another passion — running. And not just running and jogging “Jogging”. Excess weight? Shortness of breath? Insomnia? The risk of heart attack? Learn the technique of “shuffling run”, and go!

Promoter of the recipe of health and longevity in the United States was Jim Fix. 35-year-old Jim began Jogging in 1967. At that time he weighed 97 kg, smoked two packs of cigarettes a day and had a genetic predisposition to heart disease. Three years later he dropped the weight to 70 kg, stopped Smoking and produced a book “a Complete guide for runners.” The book and numerous television appearances drastically healthy the author made such a strong impression that by 1980 the United States by runners went to tens of millions of people, among whom were President Jimmy Carter.

Fix, by that time already run 150 miles in a week, was so confident of his method over the disease and death that did not pay attention to frequent chest pain. And it is in vain. At the age of 52, he died while Jogging from a heart attack. As it turned out, the disease had already gone too far.

Death of an adept a healthy lifestyle long entertained the outrageous stand-up comedian bill Hicks. He loved to contrast Fix with rock legend Keith Richards, with all the inherent vices of the profession and distinguished longevity.