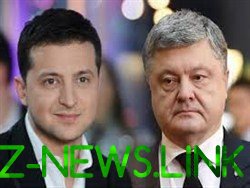 The administration of the new President of Ukraine Vladimir Zelensky will continue the policy of Poroshenko’s accession to NATO and the EU, this was stated by the representative of the headquarters of the elected President Sviatoslav yurash RIA Novosti reported.

According to Urasa, throughout the election campaign, all members of the team Zelensky has repeatedly stated that Ukraine will continue the course of Euro-Atlantic community.

“Throughout the campaign we kept saying about Euroatlantic, the rate of which we are not going to stop. Moreover, we intend to fully support it”, – he said.

According to him, this issue has been voiced many times – both personally Zelensky, and “the whole spectrum of experts.”
“It’s not a surprise that only now announced, it was announced, with the start of the campaign and until now” – said the representative of the headquarters.

He added that currently the headquarters of the elected President continues an active preparation of his foreign policy in the first hundred days after taking office. Yurash said that the substance of the question he will not announce, as this will make later Zelensky himself.

On Tuesday, the Central election Commission has officially named Zelensky the winner of the election. In the second round he was supported 73,22% of the voters, Poroshenko is 24,45%.

The inauguration of the President must be held within 30 days after the official promulgation of the election results and publish them in the newspaper “Voice of Ukraine”. While the exact date determined by the Verkhovna Rada a separate resolution.