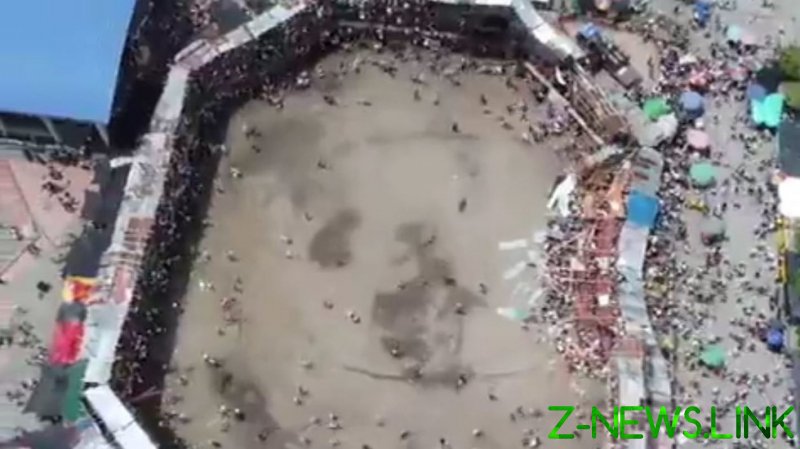 Multiple people have died and 60 are injured after a wooden bullfighting stadium collapsed on Sunday in El Espinal, Colombia. Amid the carnage, a bull escaped into the streets of the town.

The collapse was caught on camera, with video footage showing the crowded wooden structure crashing to earth. Performers were taunting a bull moments before the disaster.

El Tiempo, a Colombian news site, reported that at least five people were killed and more than 60 injured, although it cautioned that the authorities have not yet released the exact number of injuries.

The news site reported that a bull escaped into the streets of El Espinal after the collapse, causing panic.

Bullfighting is illegal in some Colombian municipalities, but shows regularly take place in rural towns such as El Espinal. These performances are often held in poorly constructed arenas.

Shortly after the tragedy, Colombian President-elect Gustavo Petro expressed condolences and wished speedy recovery to the victims, while urging the mayors “not to authorize more shows with the death of people or animals,” as the incident was not the first of its kind.

The outgoing president, Ivan Duque, also expressed shock over the “terrible tragedy,” promising to launch an investigation into the incident.