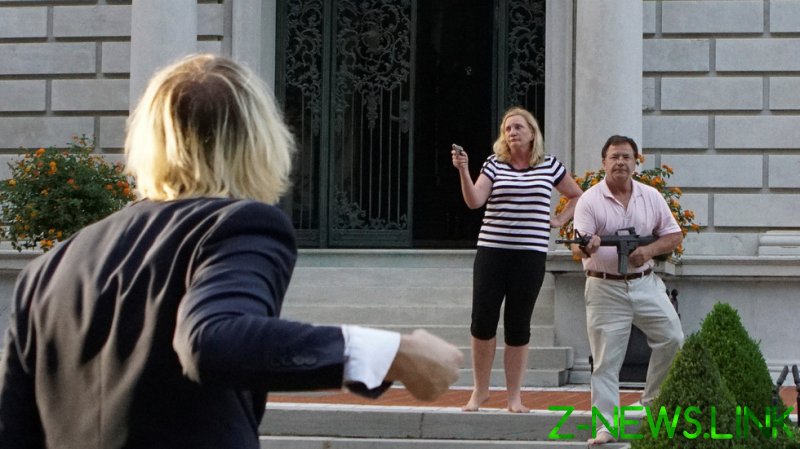 The McCloskeys became household names last June, when the couple stared down Black Lives Matter rioters who tore down a gate outside their home in St. Louis, Missouri — Mark clutching a rifle and Patricia packing a pistol.

The husband and wife were initially slapped with felony charges, but they pleaded guilty on Thursday to misdemeanor assault and harassment, respectively. The pair were fined and ordered to surrender their guns, which had been seized after the infamous incident.

However, the plea deal only concerned those specific firearms. It didn’t forbid them from heading straight out and buying new weapons.

In a social media post on Saturday, Mark McCloskey showed off a new AR-15 at a gun shop, announcing that he was “checking out my new AR.” He told Fox News on Sunday that “We intend to keep our arms and bear them. We’re a constitutional carry state. I will replace those [guns] which the state took.”

The McCloskey’s case catapulted the couple to nationwide fame, and their refusal to apologize made them heroes to many conservatives. They spoke at last year’s Republican National Convention, and Mark announced a 2022 run for the US Senate last month, describing himself as “a proven fighter against the mob.”