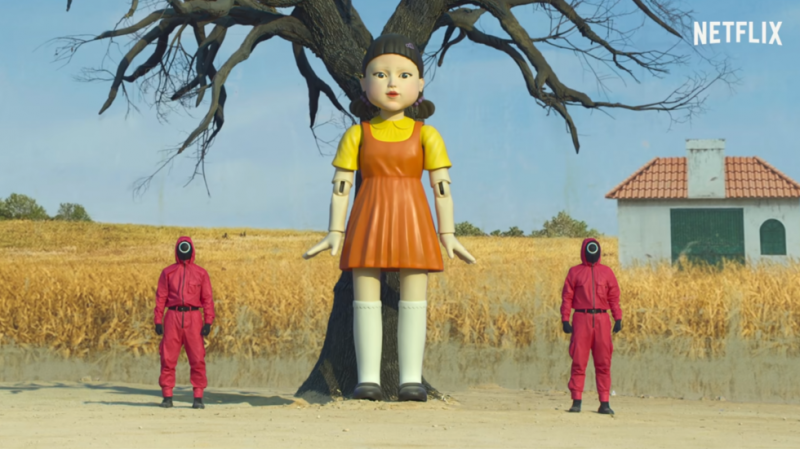 ‘Squid Game’ is getting a real-life adaptation as Netflix announces a new TV game show based on the popular Korean series.

Plans for the game show were revealed on Tuesday, just days after Netflix officially confirmed it is working on releasing the second season of the original drama series, which has become the streaming service’s biggest hit to date.

Officially titled ‘Squid Game: The Challenge,’ the game show is set to stick to much of the same rules as in the original series, albeit without all the murder. The game will feature 456 players from around the globe who will compete against one another for a prize of $4.56 million which only one participant will ultimately be able to claim.

While the video announcing the competition featured scenes from the original TV show, it is unclear if the showrunners will stick to the same challenges for the real-world event. In a statement released on Netflix’s website, the streamer says that the players will compete in a series of games “inspired by the original show – plus surprising new additions” and that their “strategies, alliances and character” will all be put to the test.

The statement goes on to provide a link where people from all around the world can sign up to become a participant of the show. Although the original Squid Game is a Korean series, the Netflix gameshow is specifically looking for contestants that can speak English.

“Squid Game took the world by storm with Director Hwang’s captivating story and iconic imagery. We’re grateful for his support as we turn the fictional world into reality in this massive competition and social experiment,” said Netflix VP of Unscripted and Documentary Series Brandon Riegg in the statement, adding that fans of the drama series are in for a “fascinating and unpredictable journey” as the 456 contestants navigate one of the biggest competition series ever created for the “biggest ever cash prize at the end.”

The game series is set to last for 10 episodes and will be filmed in the UK, co-produced by Studio Lambert and The Garden, which is part of ITV Studios. There is still, however, no information on when exactly the competition will take place or when viewers may expect to see it on their screens.