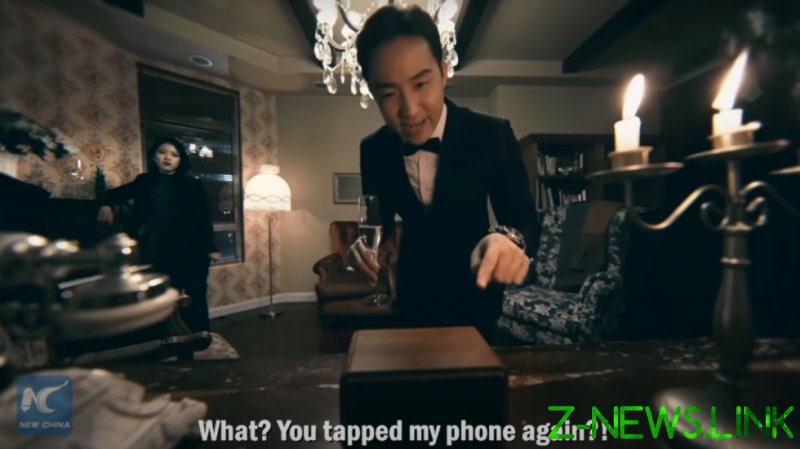 Entitled ‘No Time to Die Laughing,’ the oddball ‘James Bond’ mock-up centers on two ‘MI6’ spies – Agents 0.07 and 0.06 – who are seen discussing the agency’s fixation on China as a “top priority” over a sitcom-like laugh track. Responding to the “leaked video” on Thursday after it was posted by Xinhua, Moore thanked the outlet for its “interest” in the MI6, as well as “the unexpected free publicity.”

Moore also shared a link to a hawkish speech he delivered at the International Institute for Strategic Studies last November, in which he dubbed Beijing the “single greatest priority” for the spy agency, apparently giving inspiration for the satire.

“This is not just about being able to understand China and Chinese decision making. We need to be able to operate undetected as a secret intelligence agency everywhere within the worldwide surveillance web,” Moore argued at the time, blasting Beijing as an “authoritarian state” with “different values from ours.”

First published earlier this week, the clip also takes shots at the United States, playfully highlighting the global spying apparatus created by its National Security Agency (NSA), as well as the harsh treatment of whistleblowers and journalists like Edward Snowden and Julian Assange. Of Washington’s 17 major intelligence outfits, none have yet acknowledged the video or thanked China for the limelight as Moore did.

The parody goes on to defend Chinese telecom Huawei from allegations that it surveils its customers using secret “back doors,” with ‘Agent 0.06’ calling the idea “nonsense.” While former US national security adviser Robert O’Brien previously claimed Washington has evidence that Huawei can “access sensitive and personal information” on user’s devices, he made none of it public, and US officials have declined to say whether they have ever observed the company using the alleged back door.