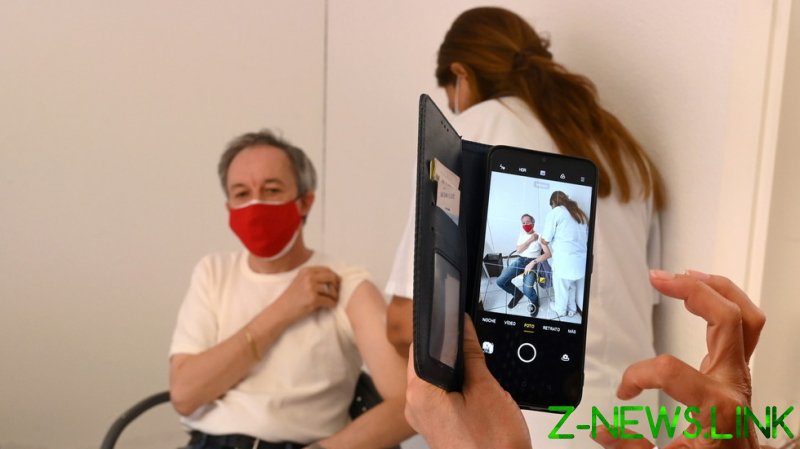 A tiny independent enclave state of around 34,000, surrounded by Italian territory, San Marino began using the Russian-made vaccine in February. A study looking into adverse events following immunization (AEFIs) has appeared in the online publication EClinicalMedicine, which is run by the peer-reviewed medical journal the Lancet.

A team of researchers surveyed 2,558 people aged 18 to 89 who had received at least one dose of Sputnik V, with the mean age of the recipients at 66±14 years.

The survey was conducted between March 4 and April 8. More than 75% of participants had at least one underlying medical condition, such as hypertension, heart problems, or obesity.

The preliminary analysis of [the Sputnik V] vaccine safety suggests a higher or equal tolerability profile – especially in the 60+ age group – as compared with other widely adopted Covid-19 vaccines.

The authors wrote that the majority of participants reported mild and moderate symptoms, with 53.3% experiencing side effects after the first dose. Overall, only 2.1% reported severe symptoms. Out of people aged 60 to 89, the reported rate of severe symptoms was even lower – 0.8%.

Out of 1,288 people who received the second dose, 66.8% reported having felt side effects similar to those that appeared after the first dose.

The researchers said the results of the San Marino study confirmed the findings of Sputnik V’s phase III clinical trial, published in the Lancet in February. During the trial, the vaccine demonstrated an overall 91.6% efficacy across different age groups, and a 100% efficacy against moderate and severe cases of Covid-19.

San Marino passed its goal of complete immunization in over 70% of its vaccinable population in May. Since the country is not a member of the EU, it did not have to follow the European Medicines Agency, which is yet to approve the use of Sputnik V in Europe. The country also used the Pfizer vaccine in its campaign.

The small nation was “the first country in Europe to defeat Covid and lift restrictions thanks to inclusion of Sputnik V vaccine in the national portfolio,” Kirill Dmitriev, CEO of the state-run Russian Direct Investment Fund, which funded the development of Sputnik V, said.

“Lack of political bias in decision making helped San Marino choose the Russian vaccine, which has proven itself as one of the best in the world in terms of both safety and efficacy,” Dmitriev added.