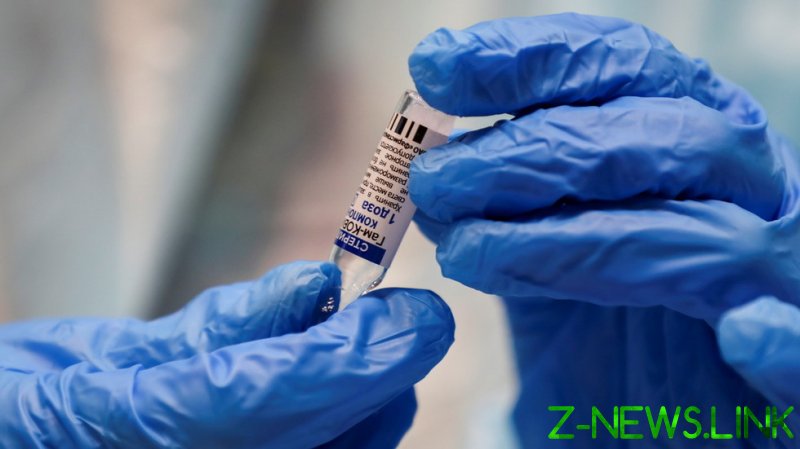 The rolling review of Sputnik V by the EU health watchdog the European Medicines Agency (EMA) has been underway since March, while the World Health Organization (WHO) received the application for accelerated registration of the jab from the Russian Direct Investment Fund (RDIF) in late October 2020.

The approval by both organizations is taking time, but “we’re still going through the process because we’re showing openness. We’re showing that we’re completely open and transparent on the production process, on the clinical trial process, on everything that’s the foundation of Sputnik V,” the RDIF head, Kirill Dmitriev, told RT on the sidelines of the St. Petersburg International Economic Forum (SPIEF) on Friday.

The WHO is expected to greenlight the Russian vaccine “in the next couple of months,” he assured. On Thursday, the head of the WHO Regional Office for Europe, Hans Kluge, also talked to RT, saying that he was “very-very optimistic” about the looming greenlighting of Sputnik V by his organization.

When asked what expectations he had regarding the EMA, Dmitriev responded cautiously, saying: “Let’s see what happens.” The watchdog’s experts have been working in “a very professional, positive manner,” but “there are some bureaucrats in the EU, who are saying: ‘We don’t need Sputnik V. We don’t need a Russian vaccine’,” the RDIF head pointed out.

“We believe that it’s fundamentally wrong to make vaccines political,” Dmitriev said, referring to the “great example” of the small European nation of San Marino. Unlike many of its neighbors, the enclave country of 33,600 decided not to politicize the vaccine issue and “took Sputnik V.” Dmitriev said that after 70 percent of the San Marino population got vaccinated, “the virus was completely eradicated… Right now cases are close to zero and San Marino actually opened itself up to vaccine tourism,” he said.

The RDIF head reminded that even without the backing from the WHO and EMA, Sputnik V had been registered in 66 countries with a total population of around 3.2 billion, becoming a “vaccine for humankind.”

“Sputnik V has one of the best safety and efficacy track record in pretty much any country” where it’s being used to curb the coronavirus pandemic, including Mexico, Argentina and EU member state Hungary, he said.

The jab, developed by Moscow-based Gamaleya Institute, boasts a high efficacy of over 91.6%, lacks any significant side effects, and has been praised by the international scientific community. And that’s not all, as the head of the RDIF, which funded the development of the vaccine and now oversees its distribution, teased a new research soon to be punished in a “top international magazine,” revealing Sputnik V as “the most efficient vaccine against all of the mutations [of the coronavirus] that we’ve currently seeing.”

“The whole world needs to be vaccinated” in order for the virus, which has already infected over 172 million people and caused almost 3.7 million deaths, to be finally defeated, Dmitriev believes. This goal can only be achieved “if the production capacity of the whole world is utilized,” he said, and Russia is working towards that not only by supplying doses of the vaccine in many parts of the globe, but also by transferring its technologies to other countries, allowing them to become “independent vaccine producers.” There are now 14 nations that are already producing or getting ready to produce Sputnik V “not only for their needs, but also for export,” Dmitriev said.