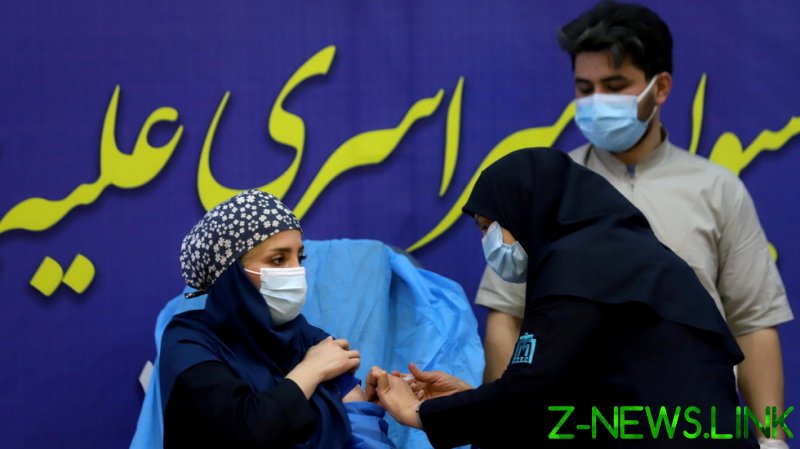 The Ulema Council announced on Monday that Muslims in the Russian Federation should not be “excessively punctilious” about the vaccine, quoting the words of the Prophet Muhammad to “fear excessiveness in matters of faith.”

Islamic law scholars found it necessary to comment on the world’s first registered coronavirus vaccine, because the treatment developed by Moscow’s Gamaleya Institute uses a minuscule amount of ethyl alcohol. The other thorny issue concerned cell cultures obtained from fetuses aborted in 1973, which were used in the development of Sputnik V but are not present in the vaccine itself.

While abortion and drinking alcohol are considered “haram” to Muslims, the Ulema said that the amount in the vaccine – 2.5 microliters – is so negligible it doesn’t qualify as consumption. As for the abortion-obtained cells, they said that “certain indulgences” are allowed in order to save lives and preserve health.

The Ulema’s approval comes after almost 20 countries with significant Muslim populations have approved Sputnik V for use against the novel coronavirus, among them Algeria, Tunisia and Morocco, Egypt, Syria, Jordan, Iraq, Iran, UAE, Bahrain, Pakistan, as well as Turkmenistan and Uzbekistan. They are among the 55 countries and territories around the globe – accounting for some 1.4 billion people – that have greenlit the use of the Russian-developed vaccine.

Use of abortion-derived cell cultures in some vaccines has created ethical quandaries for religious authorities. The Roman Catholic Church has declared vaccinations against Covid-19 a “moral imperative,” but some of its bishops have spoken out against the Johnson & Johnson vaccine on the grounds of fetal cells.

Earlier this month, Catholic bishops in New Orleans and North Dakota counseled their faithful to avoid the single-dose jab, recently approved by US government regulators, due to its “extensive use of abortion-derived cell lines.”

While the Vatican has not overruled the two dioceses, the US Conference of Bishops issued an announcement earlier this month that it’s “morally acceptable” to take a vaccine which uses abortion cell lines in cases when “ethically irreproachable” options are not available.